One of the fundamental documents of any film and its filming process is the screenplay. In the case of O Sangue, this is composed of 51 scenes over almost 120 pages. As usual, there were many scenes that were removed, while others underwent changes (sometimes merely in the chronology of the editing), with dialogues that changed or characters that were suppressed. It is interesting to understand that there is a second half, in this script, with a re-enumeration of the film's scenes and other indications of direction, verbal and visual.

In this way, the screenplay, with all of these elements, is a more complete document in the arduous process of translating ideas from paper to their visual realisation. The montage  of photographs, drawings and text, permits extending the concept of O Sangue's screenplay to a more generic scrapbook. Therefore,  what supports the director and the team, during the shooting (or even later, in the editing), is not only the fulfilment of certain narrative situations, but a set of visual clues and notes that guide the practical work of creating/ordering of images. 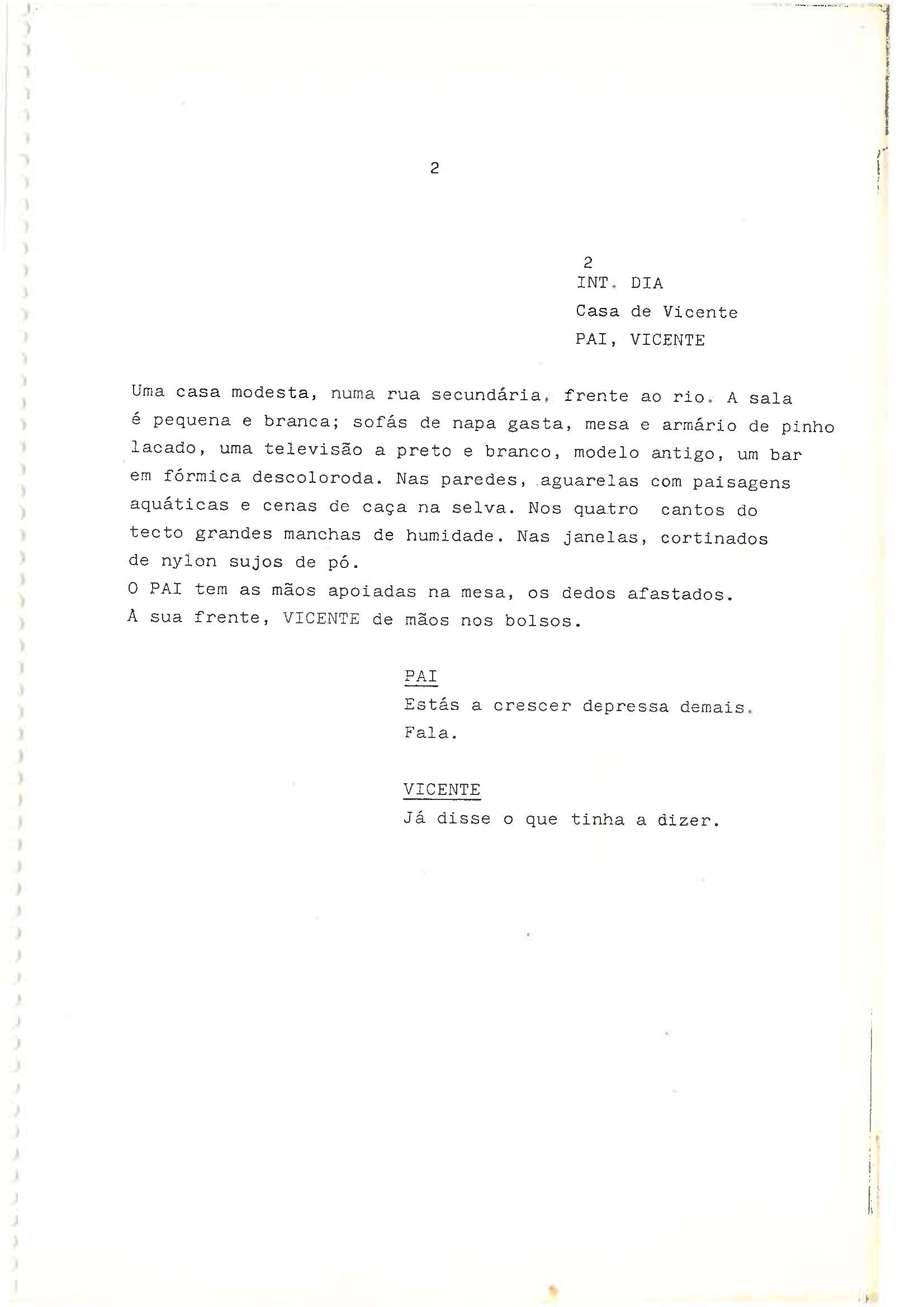 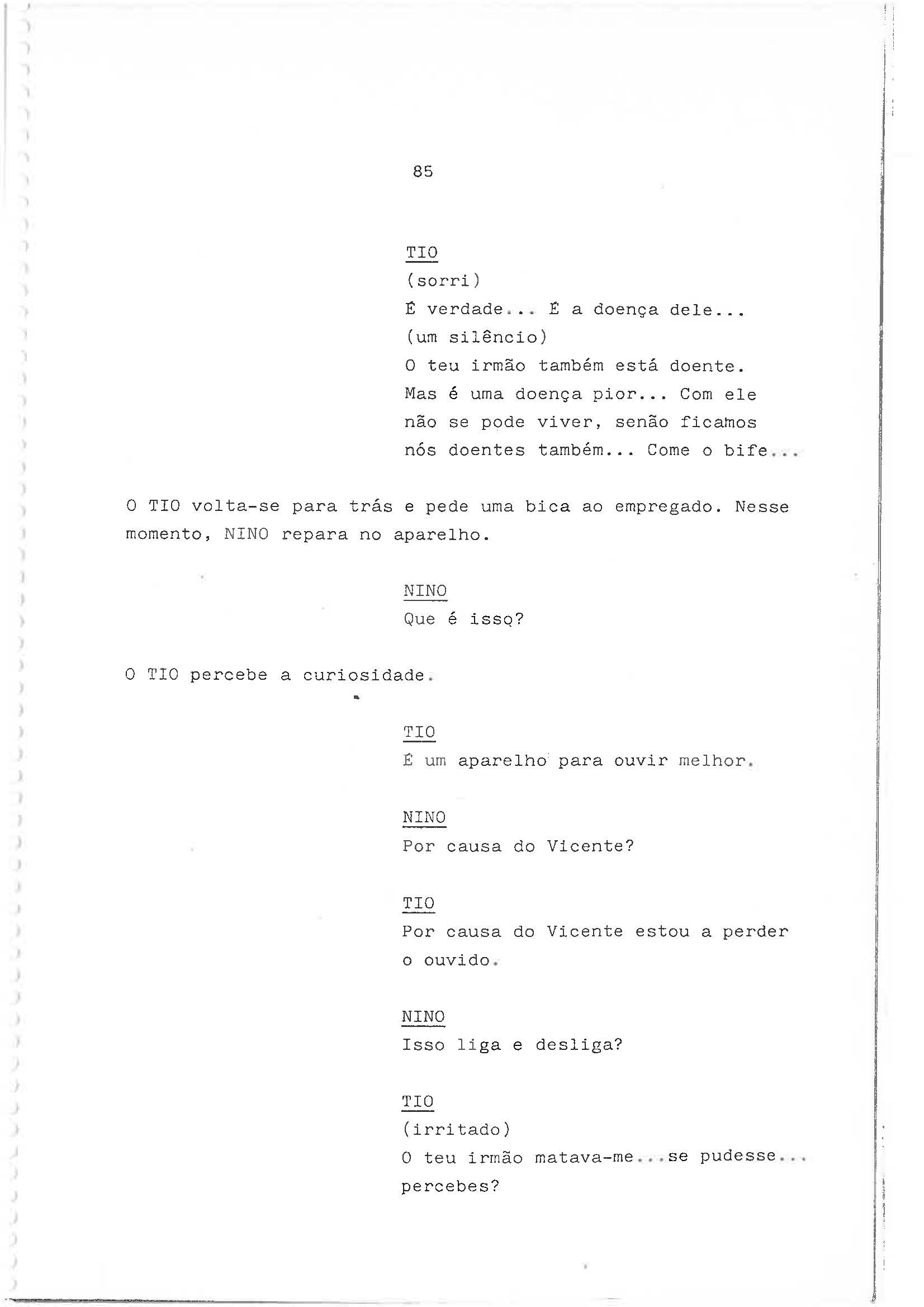 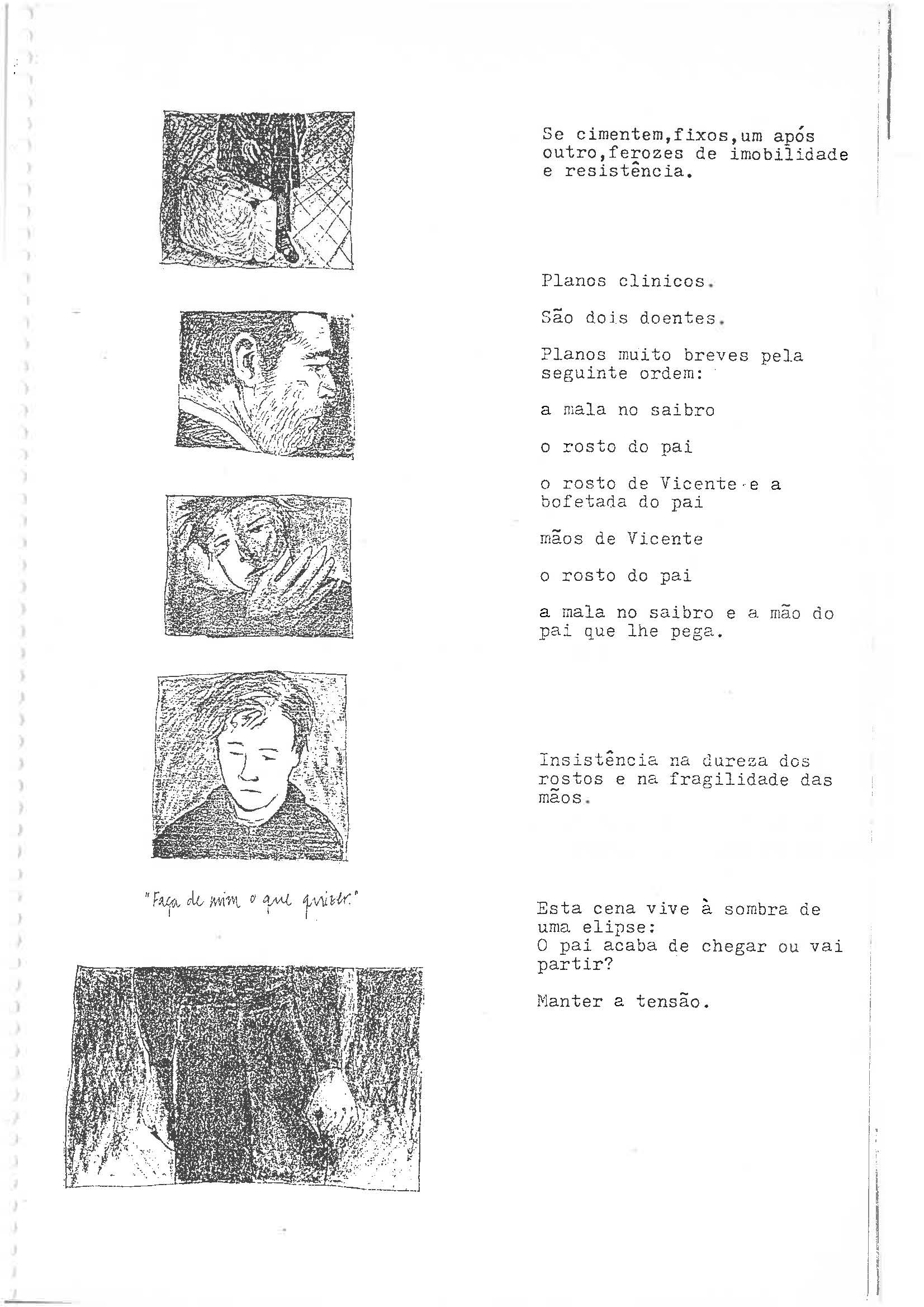 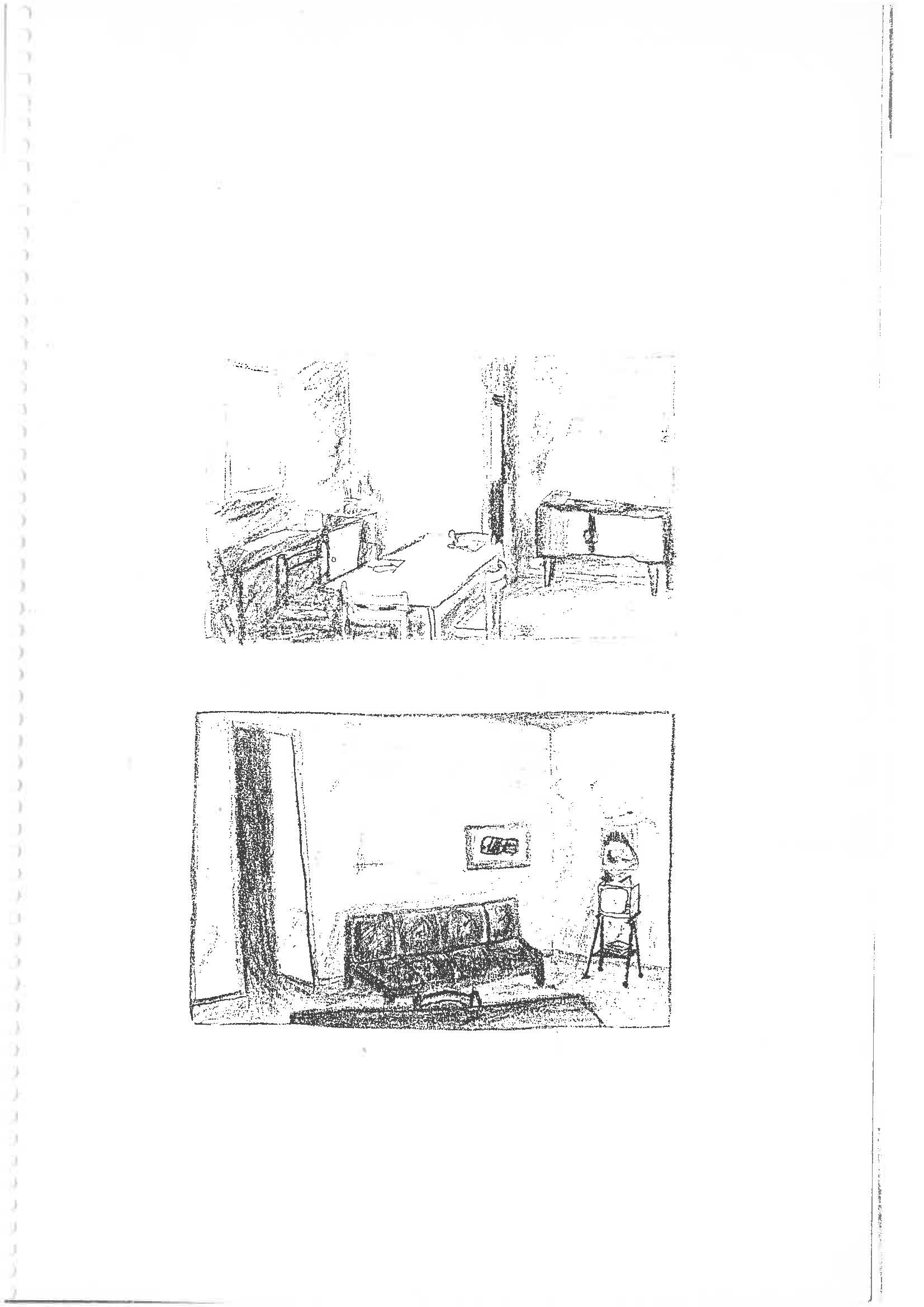 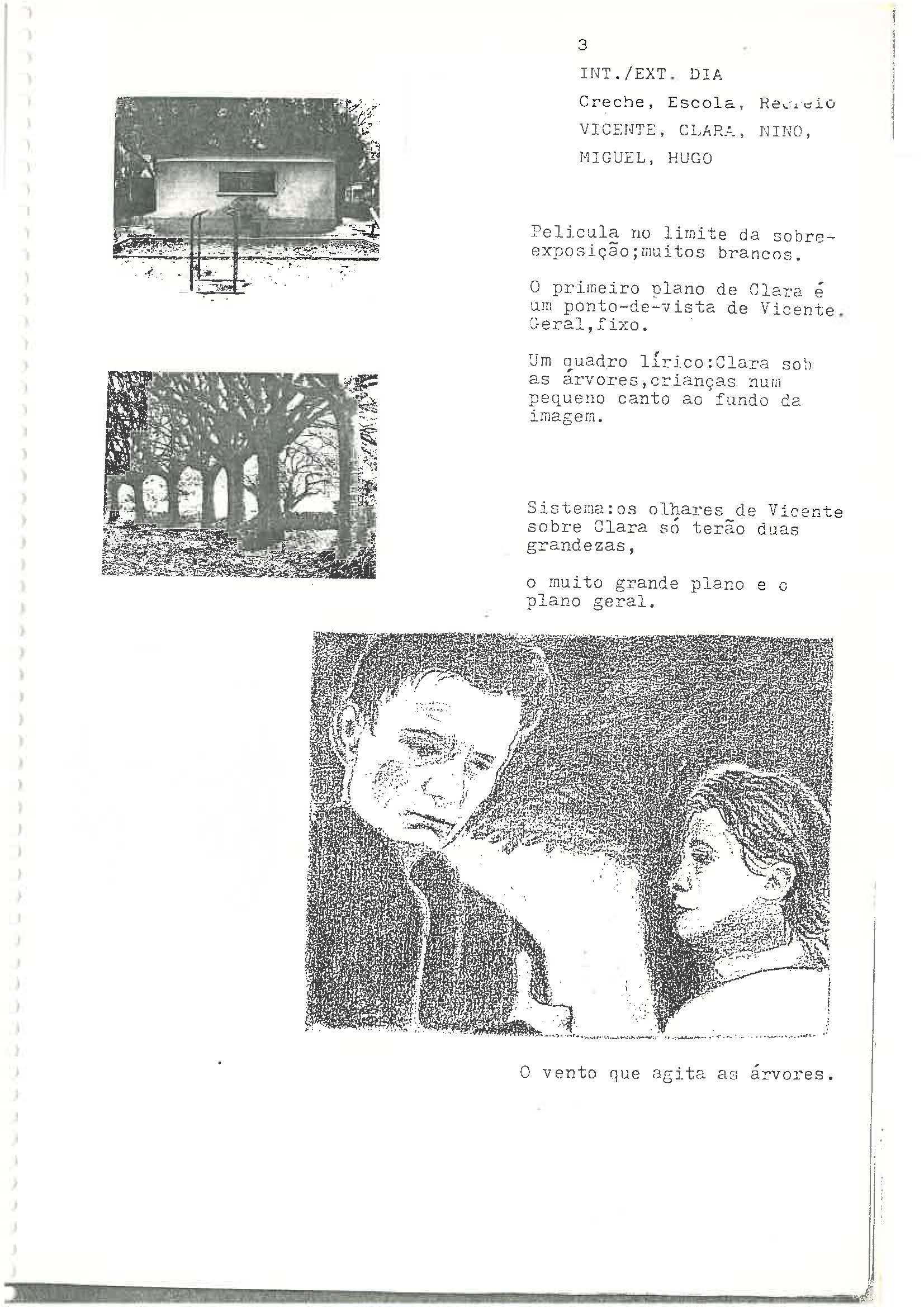 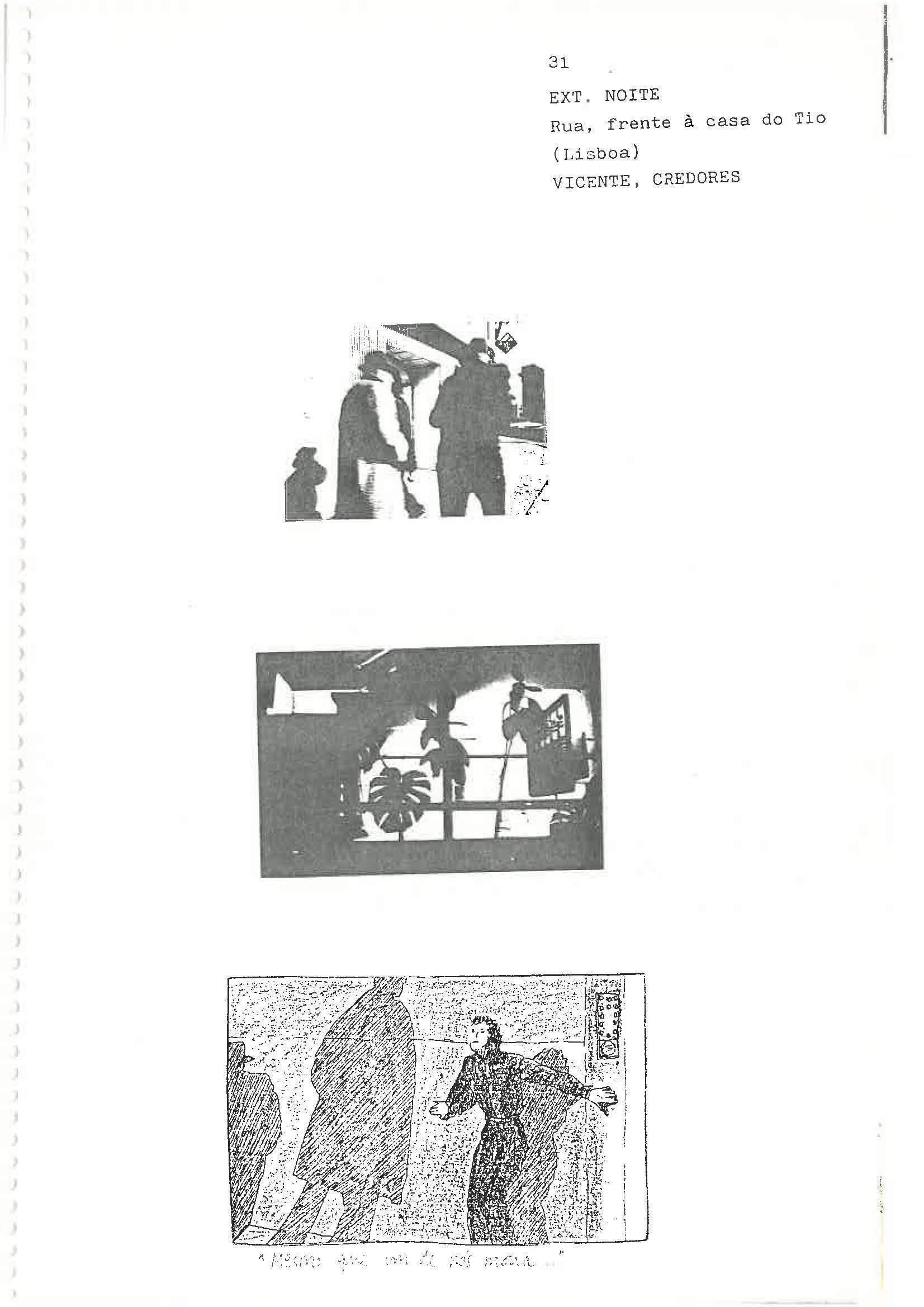 When considering the screenplay as a scrapbook, it is seen less as a repository of a closed story, and more as a mobile and open network of ideas and intentions, where various elements circulate, changing places, even though they belong to the same imaginary. For example, one of the photographs taken by photographer Paulo Nozolino shows a backlit plant in what appears to be the entrance to a building.  This image accompanies the indications of the scene in which the creditors find Vicente next to his uncle's building. In this scene from the film, behind the young man, we can see a plant that reminds of this same backlit effect that we see in the opening scenes where the father is on the balcony with Nino and Vicente.

Another example is the description in the screenplay of Vicente and Nino's family home: “on the walls, watercolours with waterscapes and hunting scenes in the jungle”. When we see the house for the first time, we realise that the water motifs were “transferred” to the walls of the warehouse where Vicente works, and that the hunting scenes now refer to the lion in the tapestry that the uncle has hanging on the wall of the living room of his house. Another example of “transfer”, in the screenplay, in the second scene in the restaurant, the uncle says to Nino, irritated, “your brother would kill me if he could, do you understand?” Nino adds to his irritation, “it was luck …”. The uncle, “do you know what you're saying? It's because of you that I'm like this…”. Nino, “It was Vicente.” And the uncle, “because I wanted to help you… see if you understand”. The scene ends with Nino saying “we don't want help” (in the film “we don't need help.”) This dialogue segment appears in the film at the end of the visit to the aquarium [69'], with the fish swimming slowly behind the characters and the restaurant scene appears later with other dialogue, less confrontational. 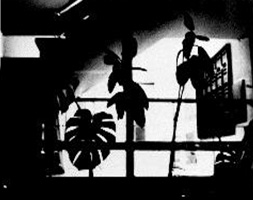 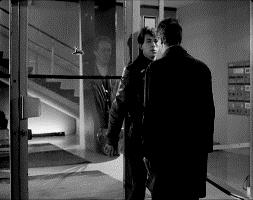 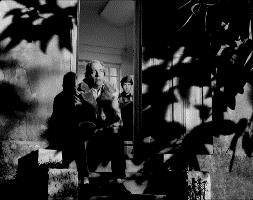 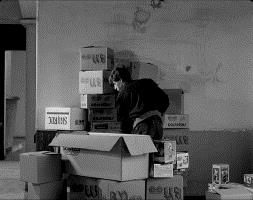 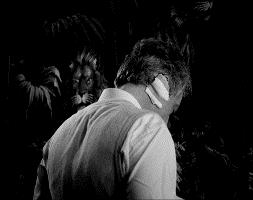