The process of imagining a film, (literally figuring out images before the shoot), is a long one. For instance, Carla Simon initially thought of a fixed camera with rigid framings. However, she then figured that it didn’t conform to “my current notion of wanting to put my memories into images rather than speaking from the girl’s present”. She wanted to speak from the protagonist’s present and, therefore, needed another kind of camera. She therefore went back to the domestic pictures, with their imperfection and lightness but life impressions after all.

To imagine the film, Carla Simon needed to find the words and also, find the right pictures, be it from films, paintings, photographs, colours… To this effect she draws a document of “aesthetic intentions” for herself, so as to imagine the film on paper as well as sharing it with the DOP and art departments, lead by Santiago Racaj (DOP) and Monica Bernuy (art director).

The text includes explanation notes -about style and emotions such as she did with the location notes- and visual references. They are organized as follows: 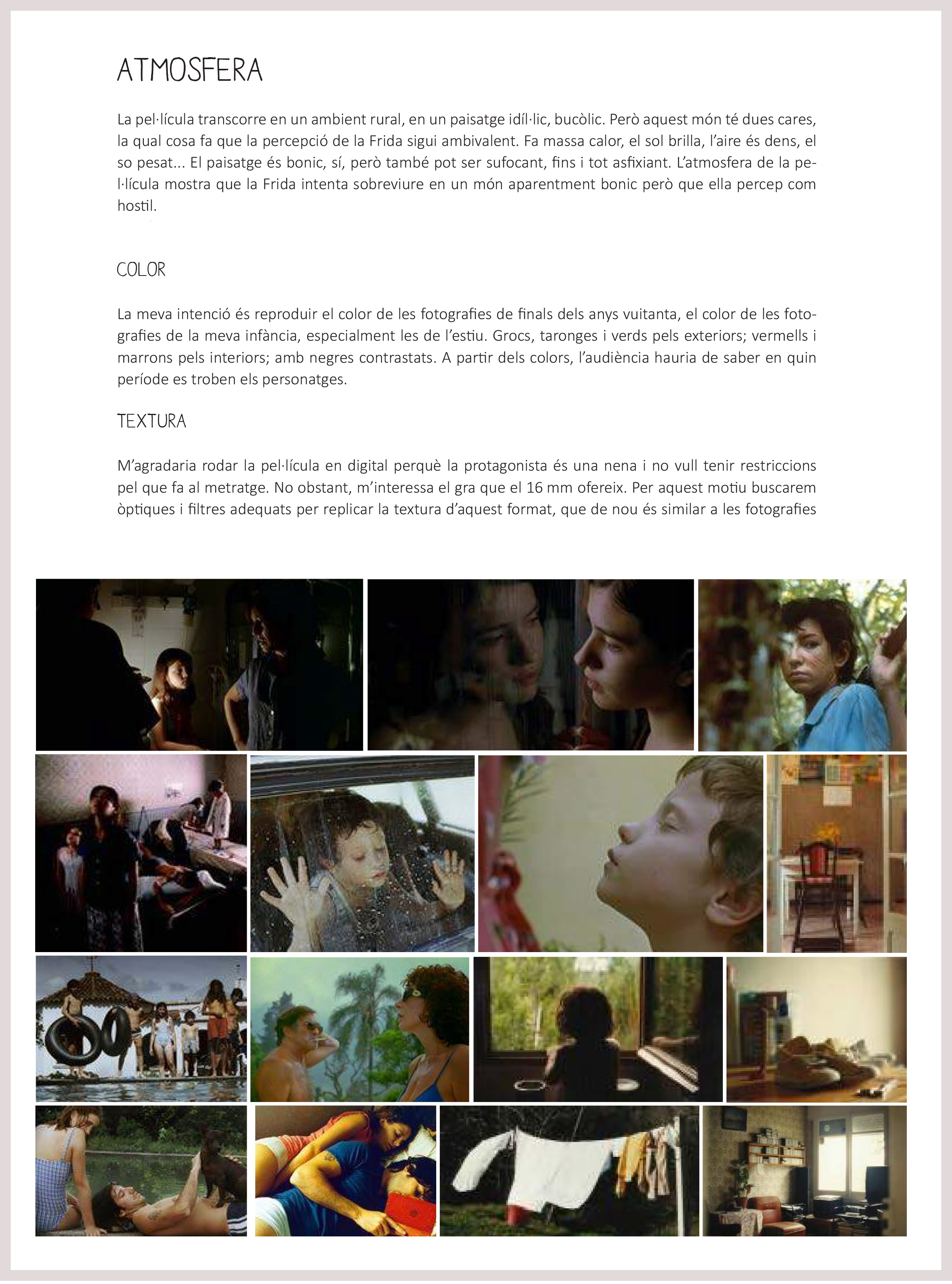 The film is set in a rural environment, an idyllic, bucolic landscape, however a two-faced one which justifies Frida's ambivalent perception. It's extremely hot and sunny, the air is dense and the sound oppressive... No doubt a pleasant landscape but also suffocating to the point of being unbearable. The intention of that atmosphere in the film shows Frida trying to survive in apparently lovely surroundings which nevertheless she perceives as hostile.

My idea is to reproduce the colour of the pictures taken in the late eighties, those of my childhood, particularly summertime. Yellow, orange and green exteriors and red, brown interiors with black contrasts. From these colours viewers should become aware of what time of the year it is.

I'd like to shoot digitally because the main actor is a girl and I don't want to be restricted as far as footage is concerned. But I'm also keen on the grain quality provided by the 16mm format which is why we'll look for the adequate lenses and filters to replicate its texture, also similar to that of the photographies. 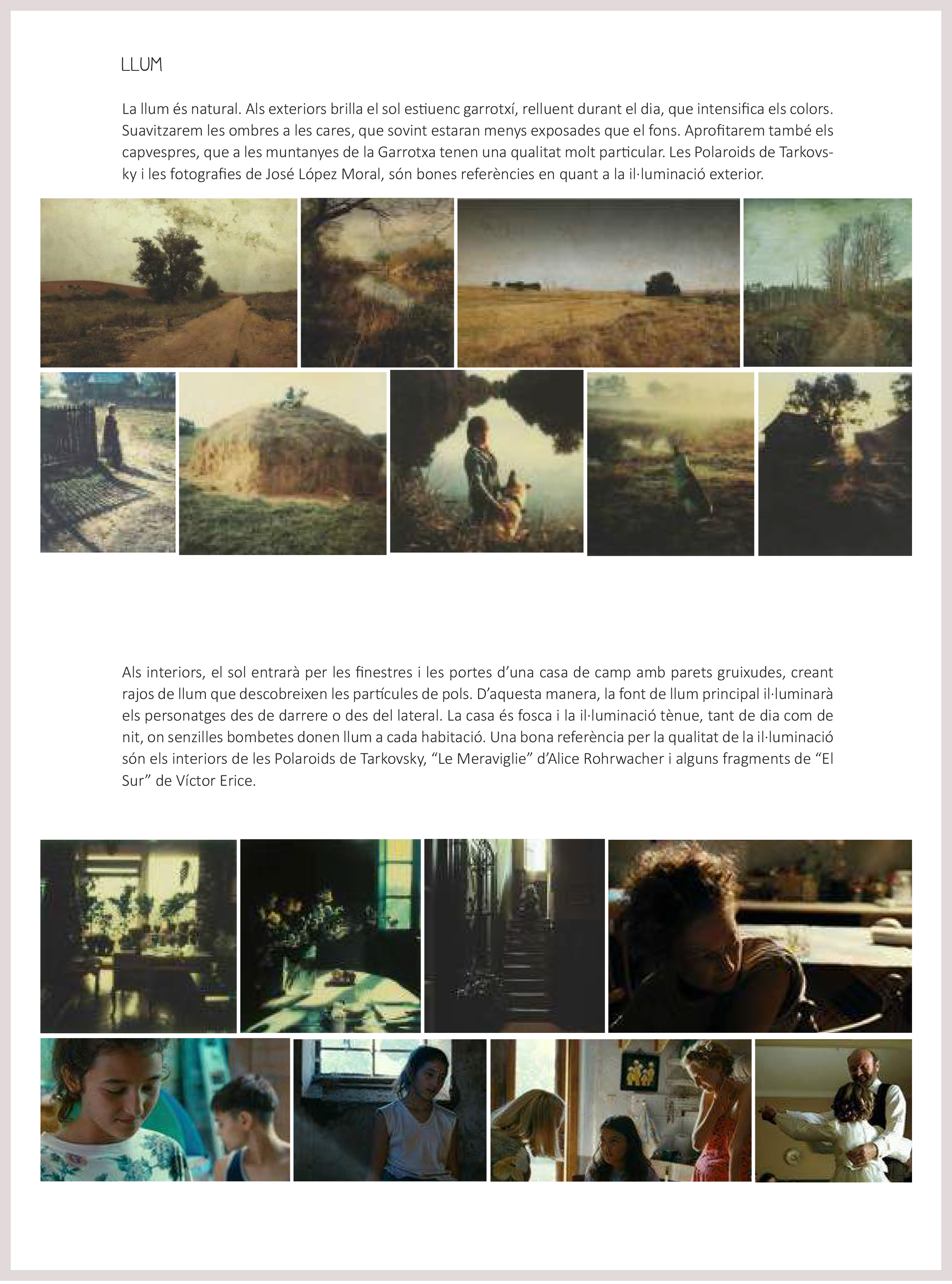 Natural light with sunny, bright exteriors. In summer the sun shines in La Garrotxa all day long, intensifying surrounding colours. We'll soften shadows on faces since they won't be as exposed as the background. Given sunsets in the mountains of the area have a special quality, we'll make the most of the light of that time of the day. To this effect, good references would be Tarkovsky's Polaroids and José López Moral's photographies as far as exterior lighting is concerned.

Interiors will be lit by the sun coming in through the windows and doors of a country house with thick walls, where the light rays will reveal dust particles along. In this manner characters will be lit from either behind or sideways by the main light source. The house itself is dark and dimly lit, both at day and night times, with the light bulbs in each room being fairly dim.

Good references as far as the interior light quality is concerned would be Tarkovsky's Polaroids, Le meraviglie by Alice Rohrwacher and some fragments of El Sur of Victor Erice.

This was the original colour palette but when the art team (Monica Bernuy) and the costume team (Anna Aguila) joined in, they realized that along those 90 minutes there were many more colours present, both referring to clothes and the toys, too! 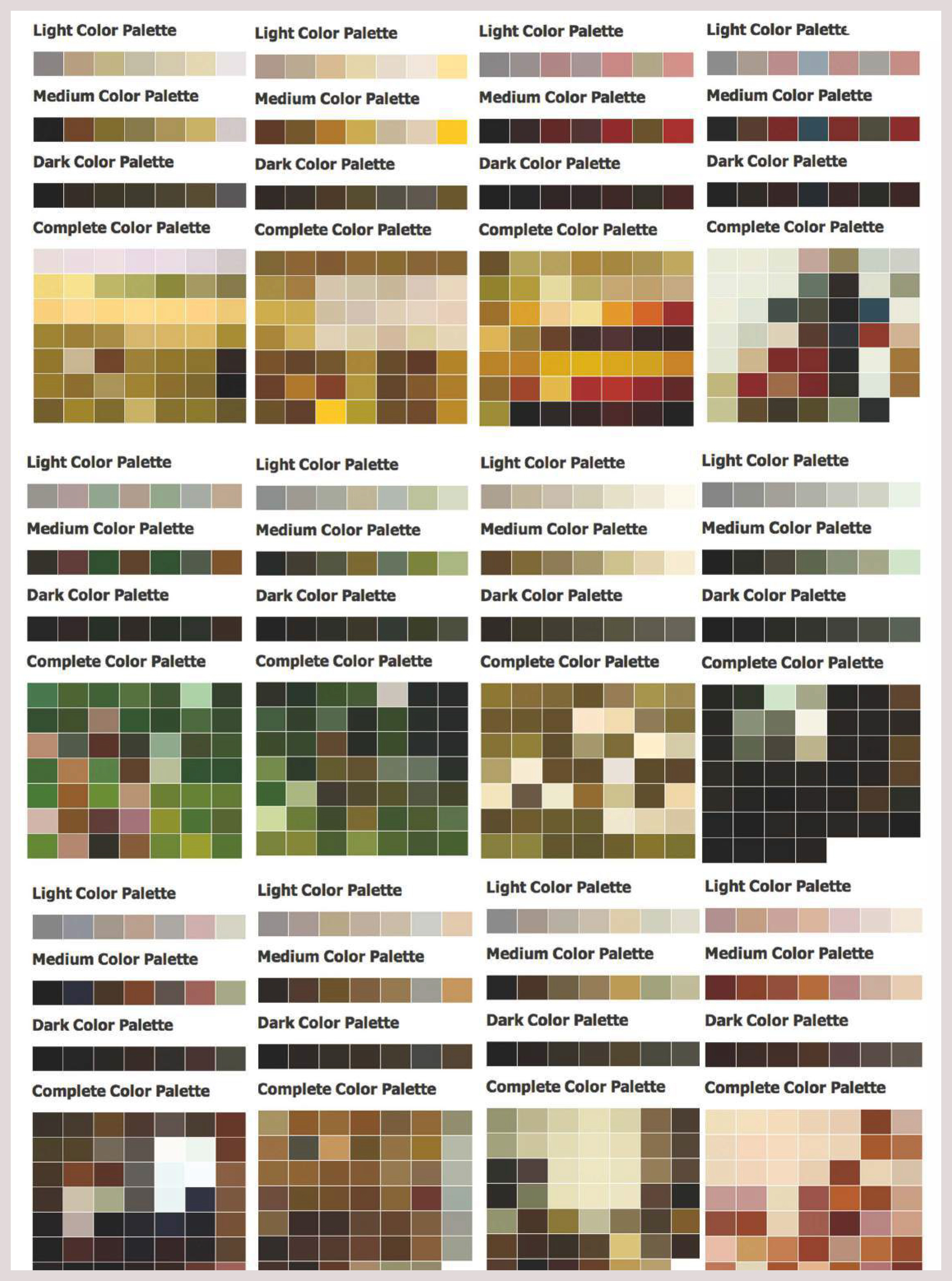