There’s a crucial time in film making, that is, when the film is shared with the team with whom it’ll come true.

Carla Simon prepares materials in high detail so as to accurately convey to the people who join her team her ideas, intentions, research and wishes regarding locations, actors, visual plans…

The 21-page document “location notes” is particularly rich in details.

The accurate introduction deals with the relevance of space, both in terms of the main character’s vital journey as well as the emotional one throughout the film.

The spaces (the new house, the forest, the village) are crucial at the time of building that journey.

The spaces are subsequently analyzed and every substantial detail is carefully annotated. Reference photos are attached, some relating to her own childhood and others to photographers and films. There are proposals of some sites and specific houses which she had explored and taken pictures of in the area of La Garrotxa, where her house is and she wants to shoot the film.

Based on that document, Albert Blanch –the locations manager– spent 3 or 4 months in La Garrotxa area trying to spot the ideal house. The film was actually shot in two of them, the exteriors, kitchen and carpenter’s shed belong to some Carla’s parents’ friends property, where she had spent time playing in her early days. The other interiors and the stables are located in the area of La Fageda.

The document encompasses a list of all the film locations (at the time of writing, for instance, in later versions of the script the grandparents’ house will be removed).

Location notes (a selection from the 21 pages) 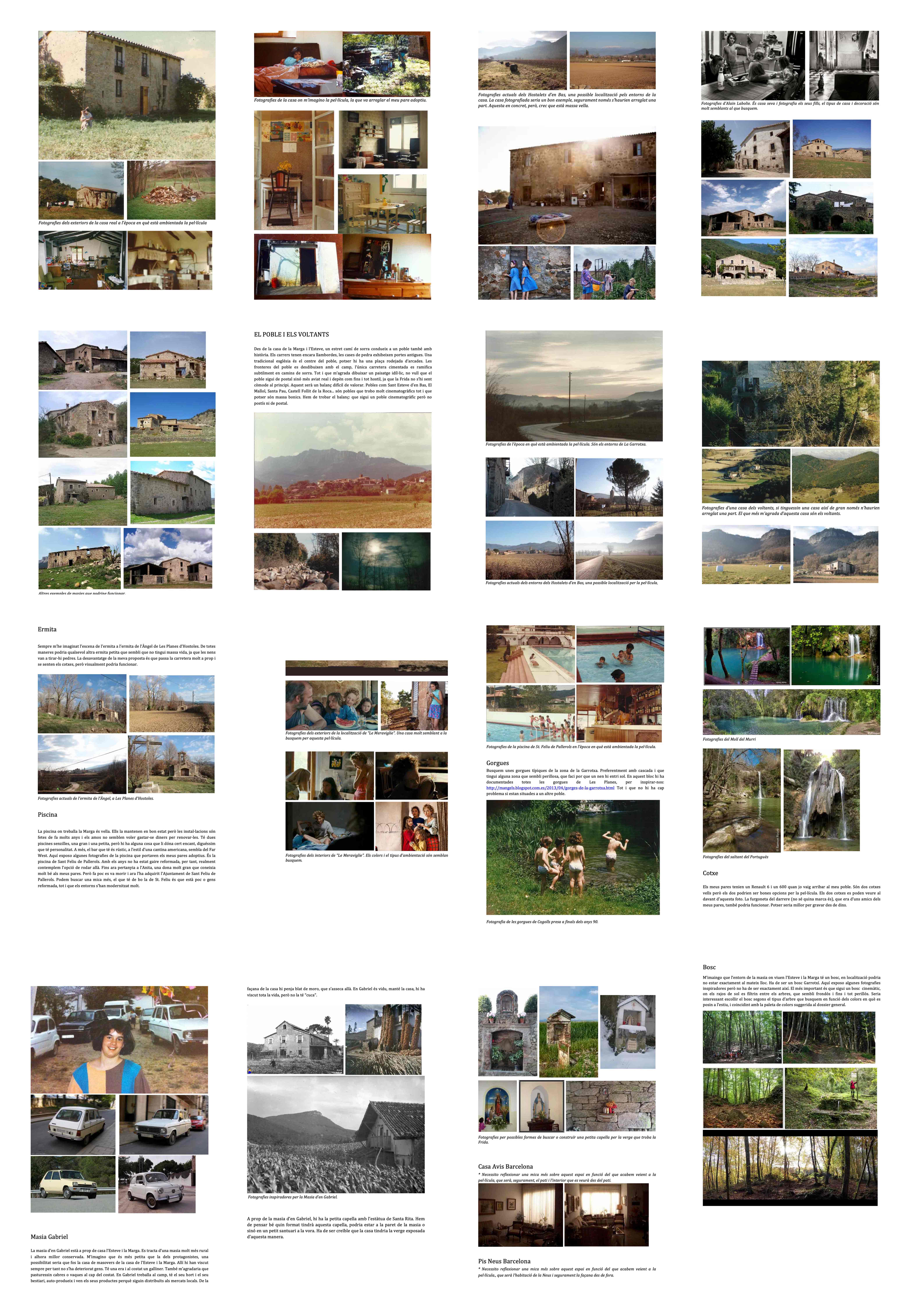 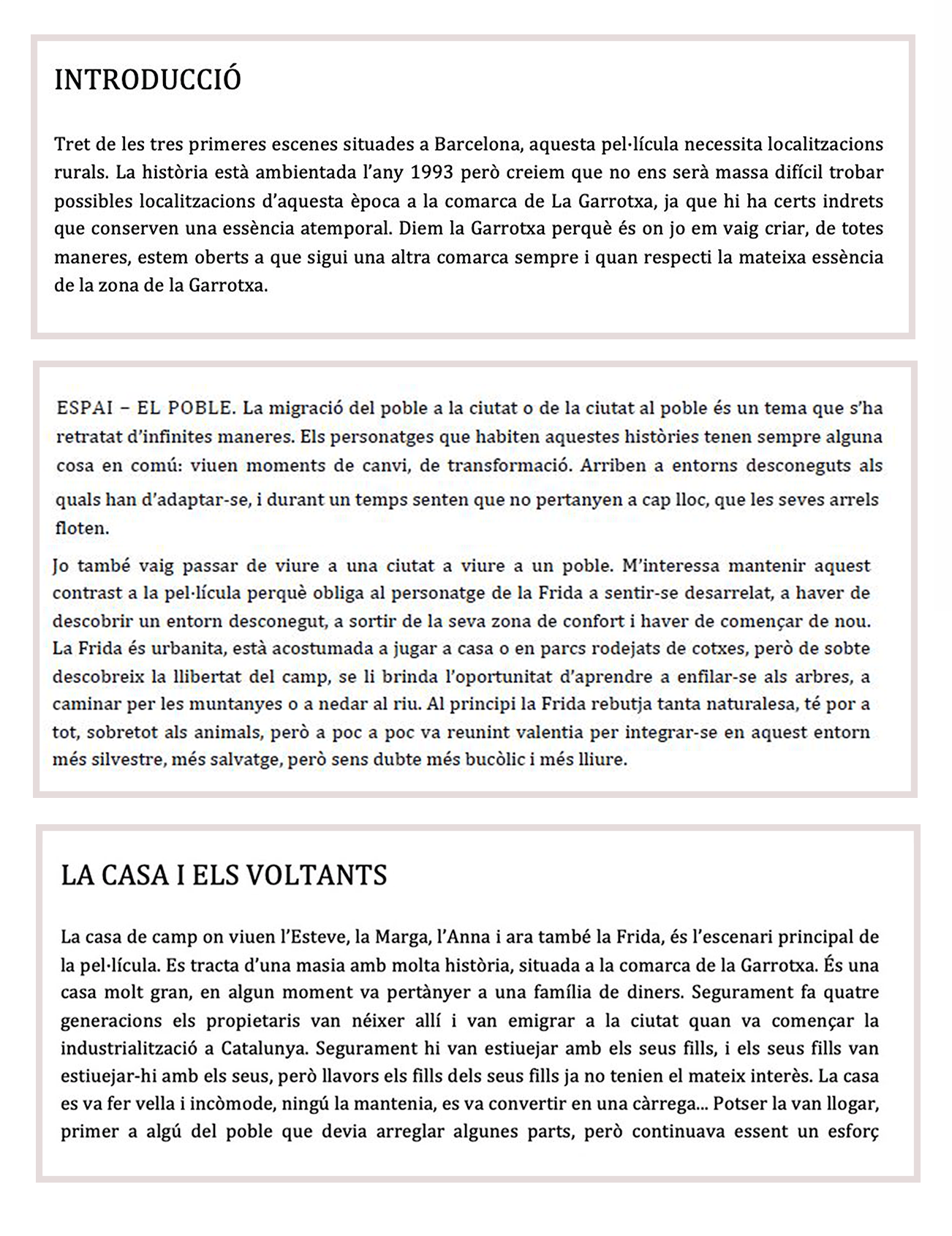 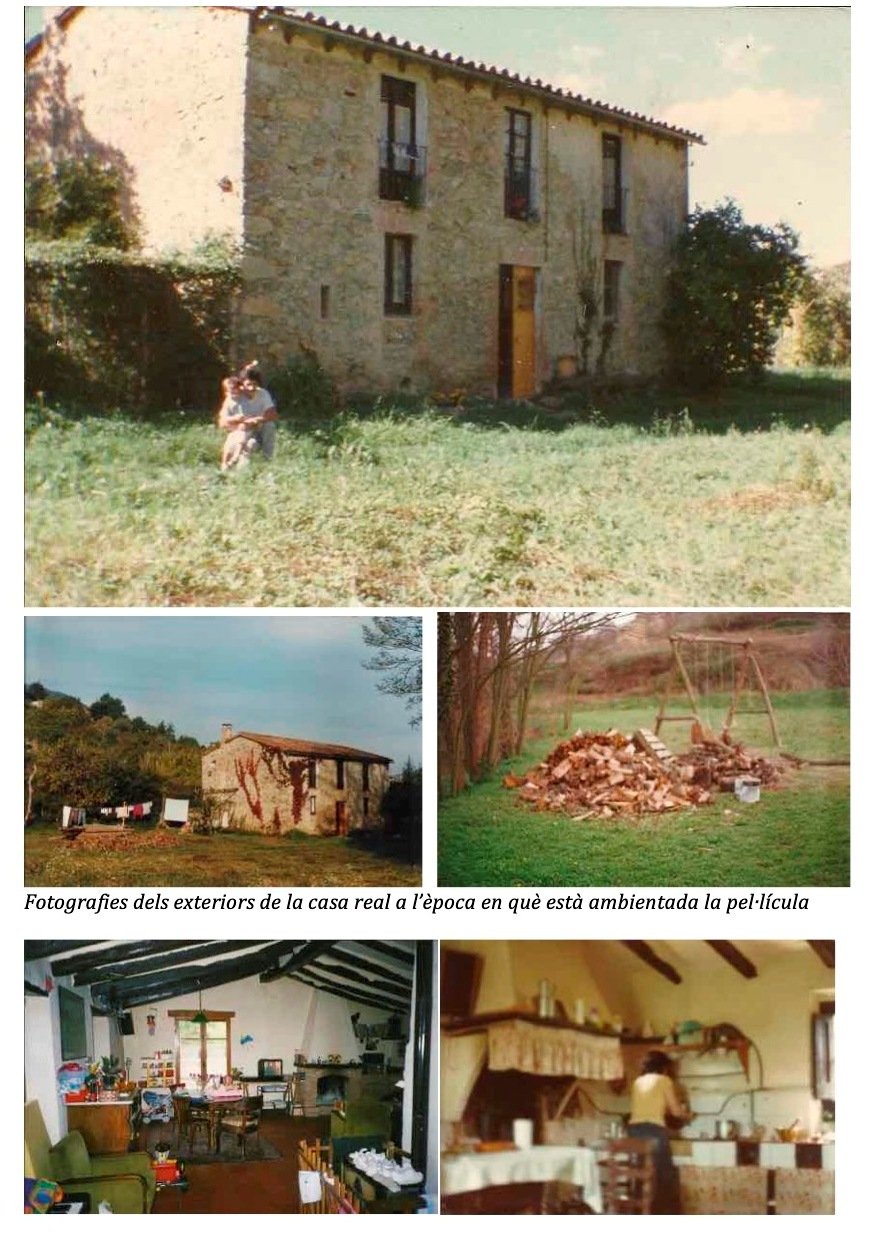 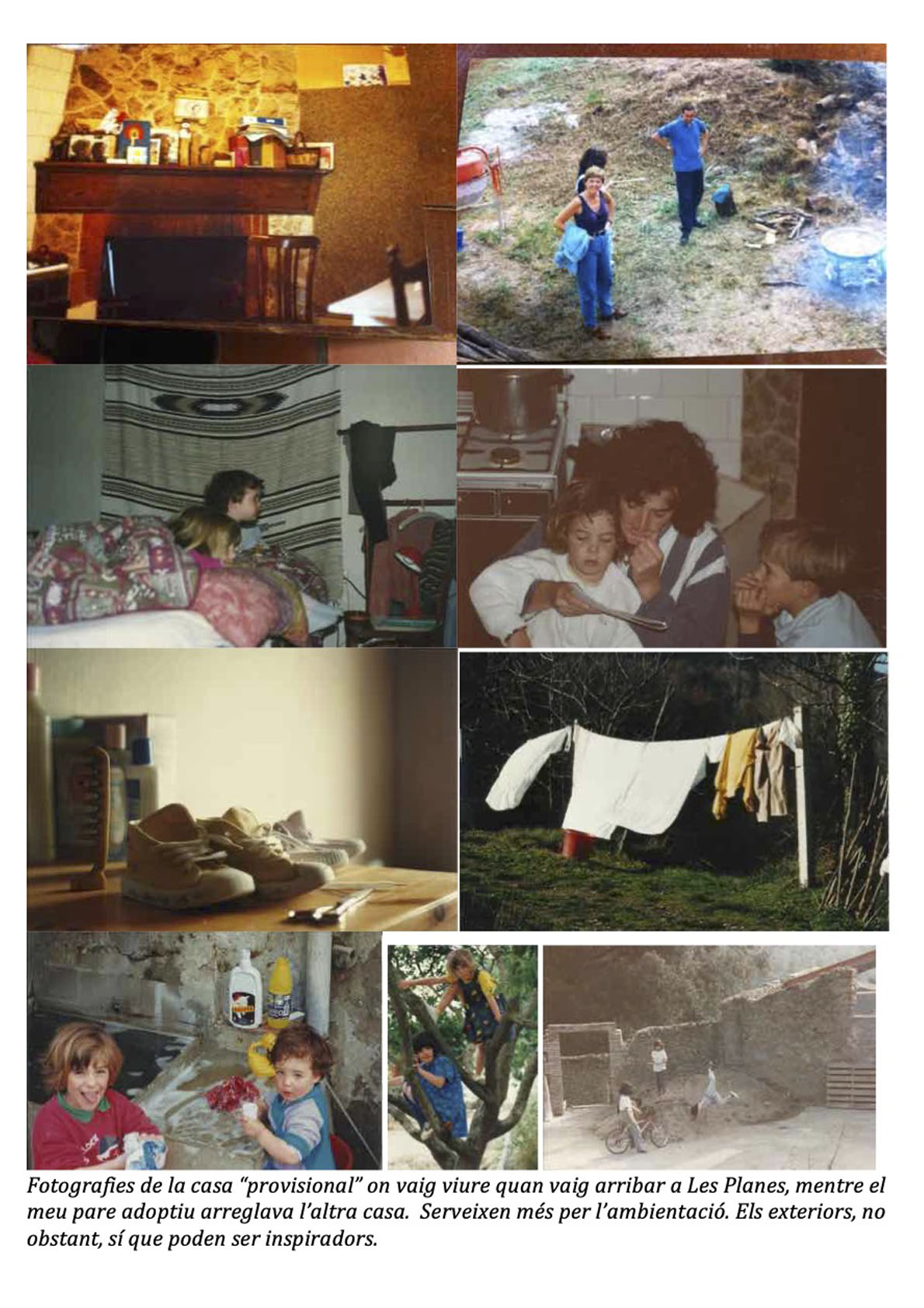 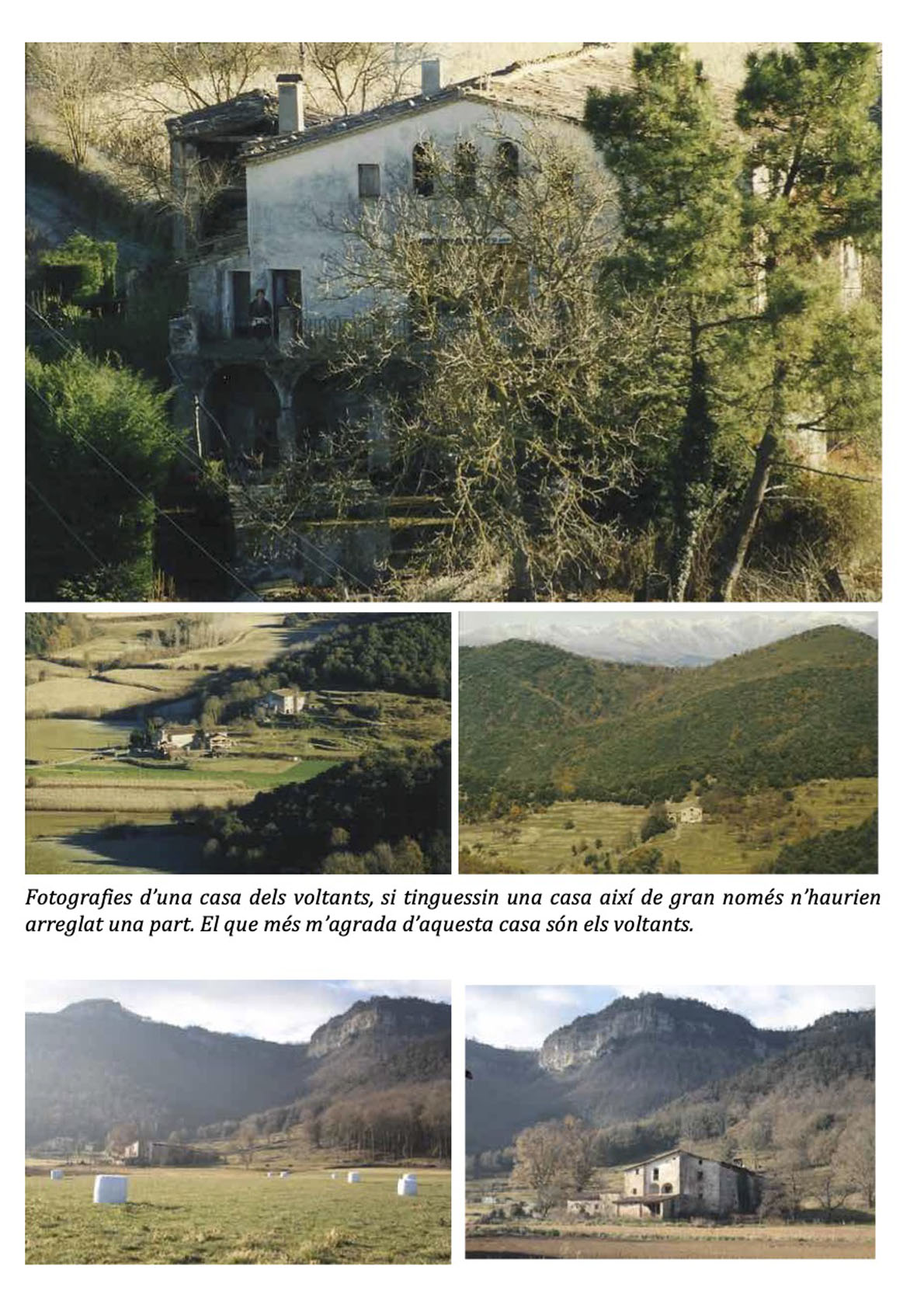 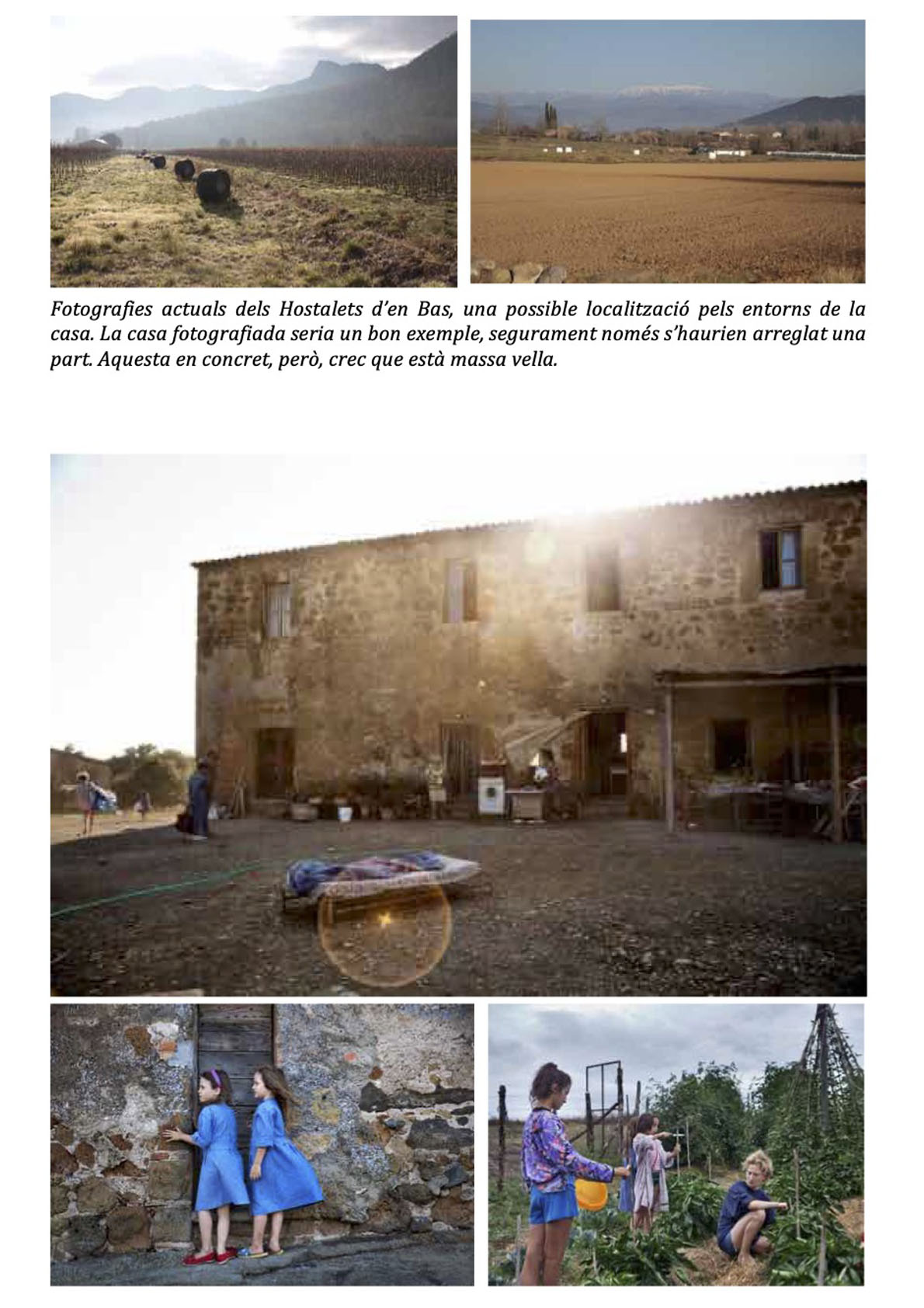 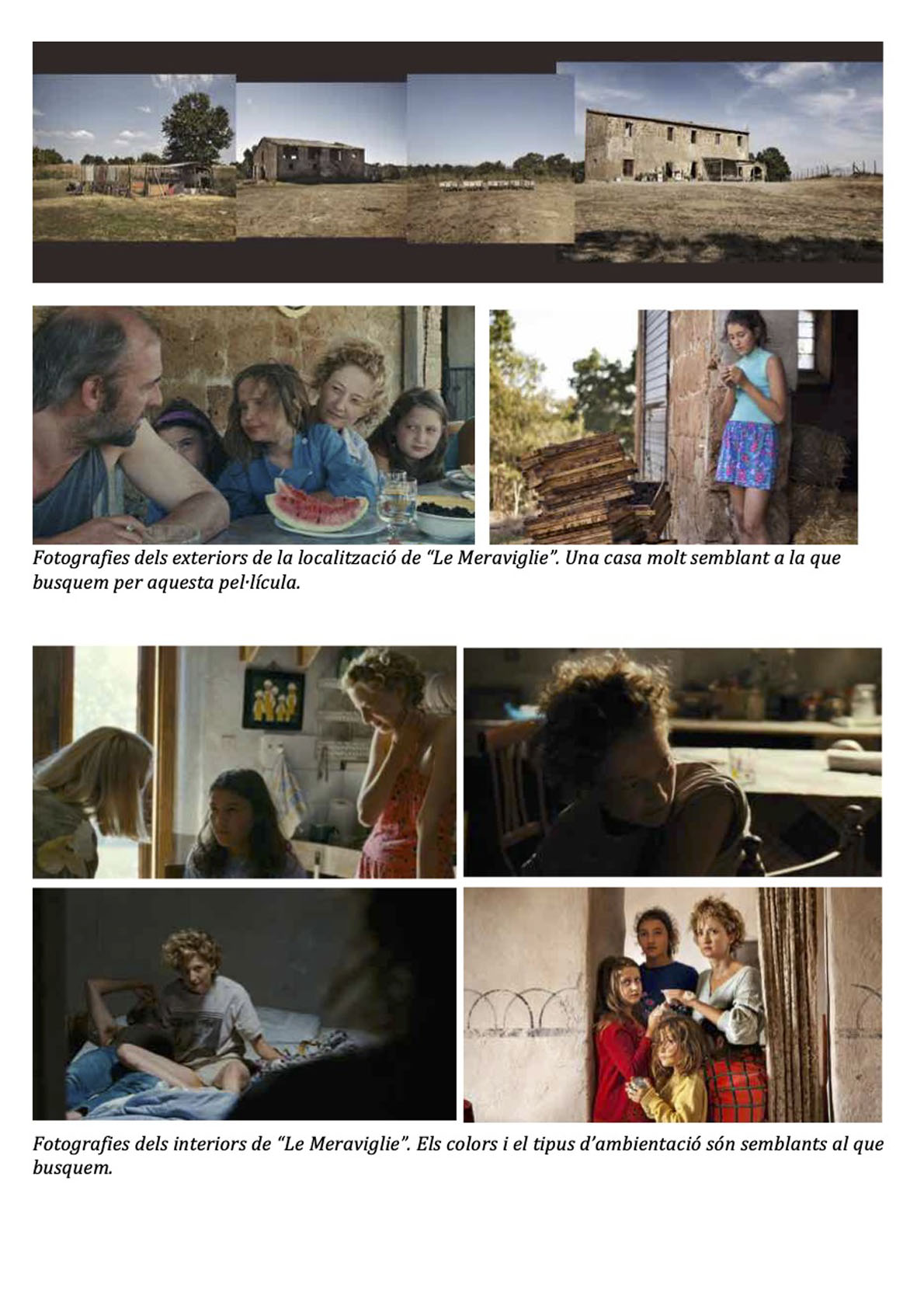 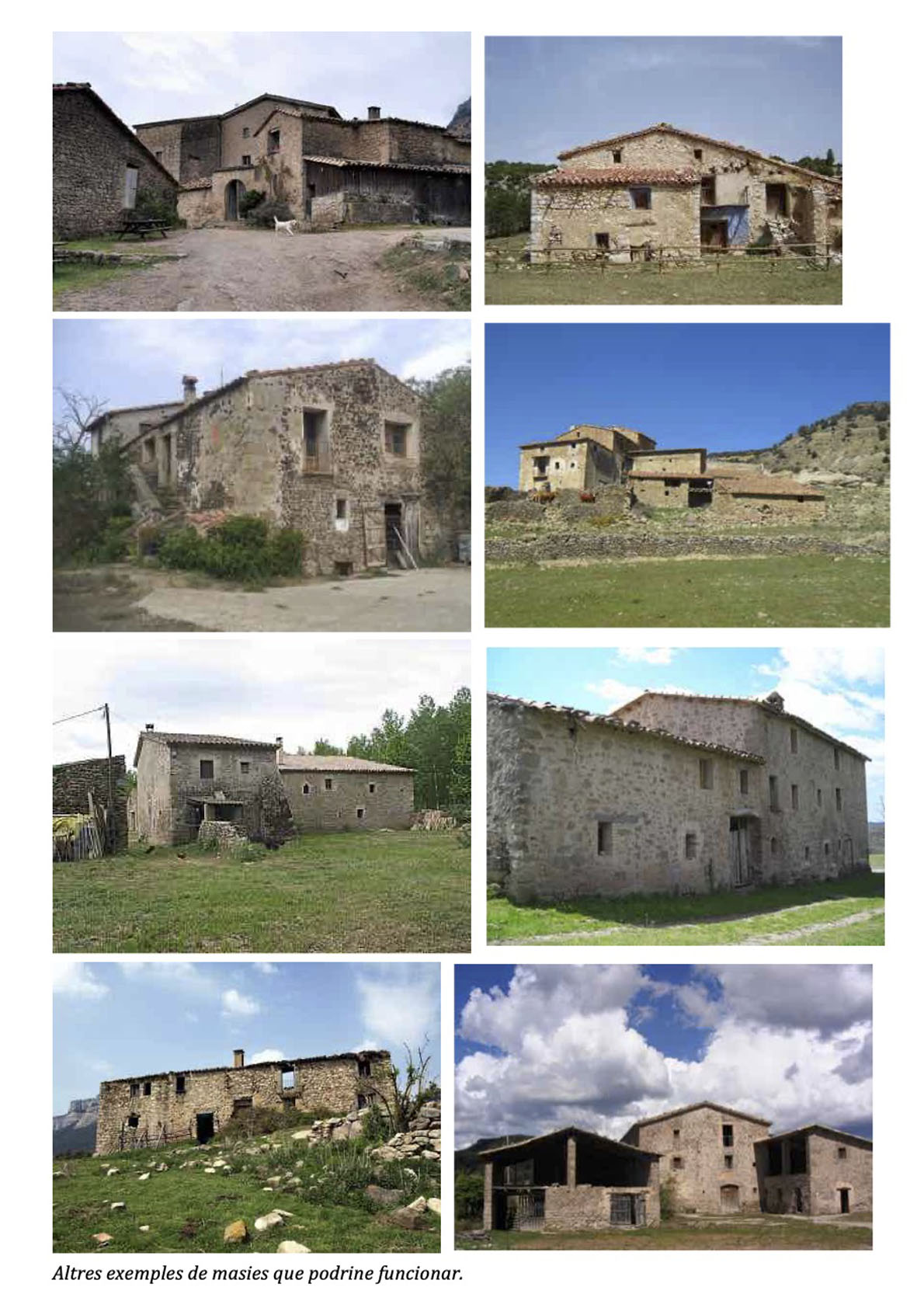 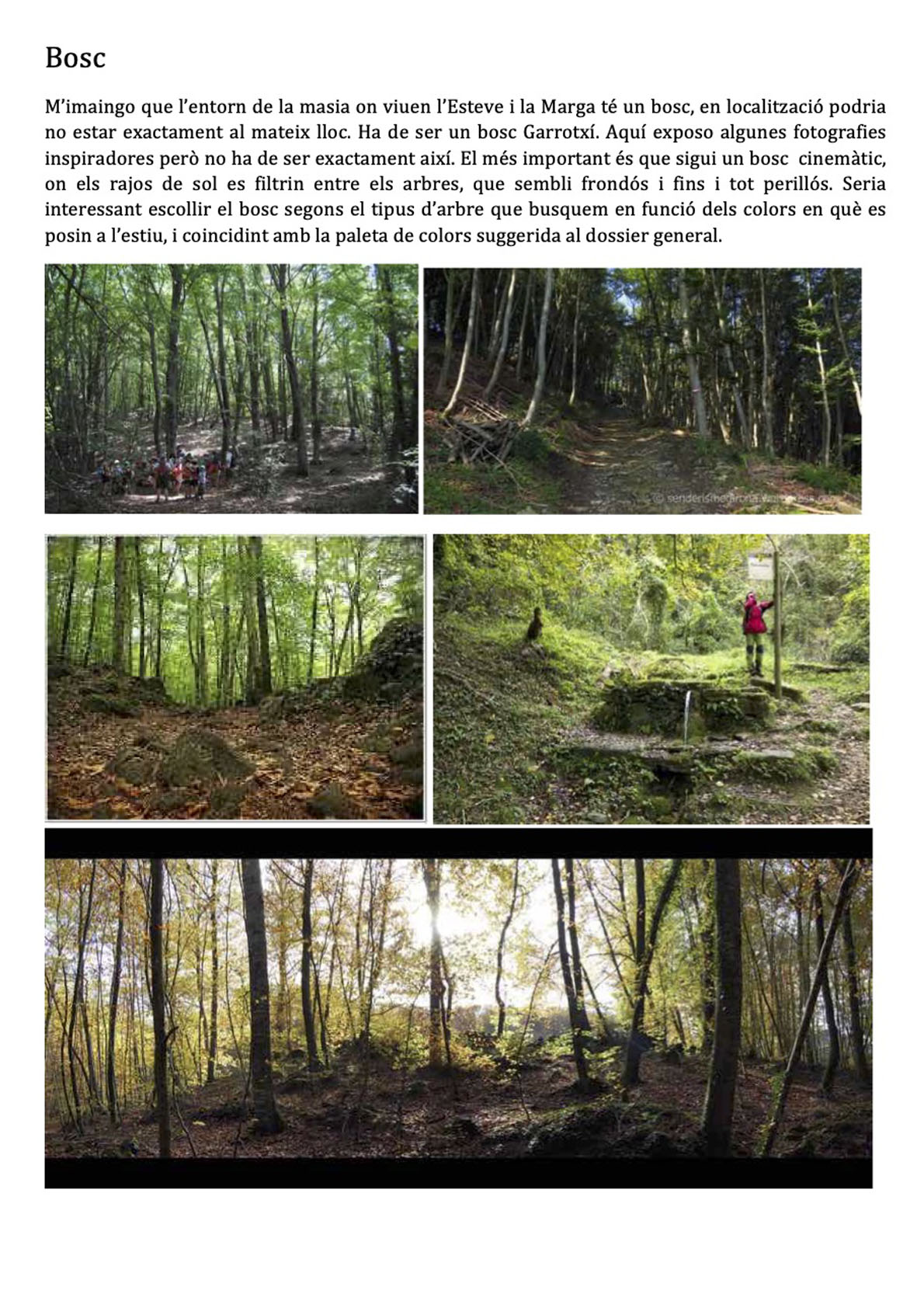