As is known, O Sangue was the first feature film by a young man who was taking his first steps in directing. It is natural that the director surrounded himself with all kinds of indications, notes that would support him in this difficult task of making an inaugural film. In the screenplay, several of these notes appear - together with the pictorial elements - which are intended to fix dramatic, staging elements important to the author in each scene.

Sometimes these notes are  abstract and poetic  that only when filtered through Pedro Costa's sensibility can they have some kind of correspondence in the film. In the section dedicated to [From Actors to Characters], we have already referred to the lines of verse by Mário Cesariny and António Osório that accompanied the poets' images as choices to interpret the role of the creditors. In scene 5, we can see how Pedro Costa uses poetic expressions to define the scene in which the boys play in the park. This  scene was converted into two others: the one in which Vicente and Clara look for Nino in the woods, and the one in which the older son tells his brother that his father will not come back.

Expressions such as 'light that plagues the park with disease' or 'the grandeur of the decor, the weight of the world' help to define the atmosphere of these scenes.

The same thing happens when Costa defines the decor of his uncle's house as 'a house burning with reality; room by room, anonymous'. The scenes set in his living room  and in the bedroom of his cousin try to mark a difference in relation to  Nino's house. In scenes 24 and 25, we see how Pedro Costa still refers to poetry (in this case Japanese, the haikus) to define the rhythm of the film itself in the editing of the scenes in which the uncle tries to win Nino's affection, in Lisbon. In the scene in which the woman speaks with the “prisoner” Vicente on the balcony of her building, Pedro Costa writes: 'this is the most abstract scene in the entire film'. And a little later the enigmatic phrase that is certainly intended to find a tone for the scene: 'Vertigo and pain of being contemporary’. This moment in the film, through the contrast between the solitude of the apartment blocks and the festive atmosphere that is already being heard - it's New Year's Eve -, produces exactly this criticism of the urban and contemporary way of life. 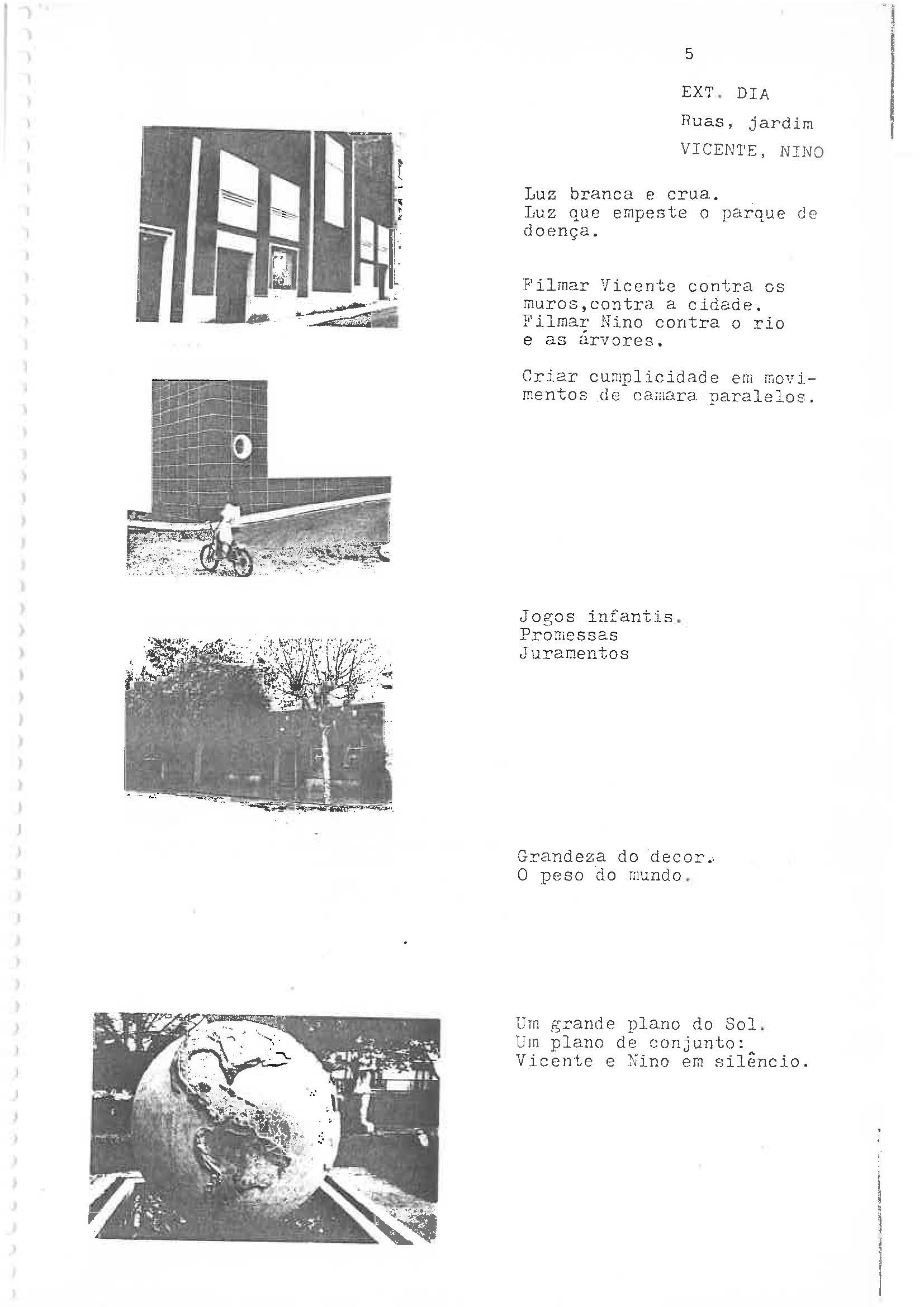 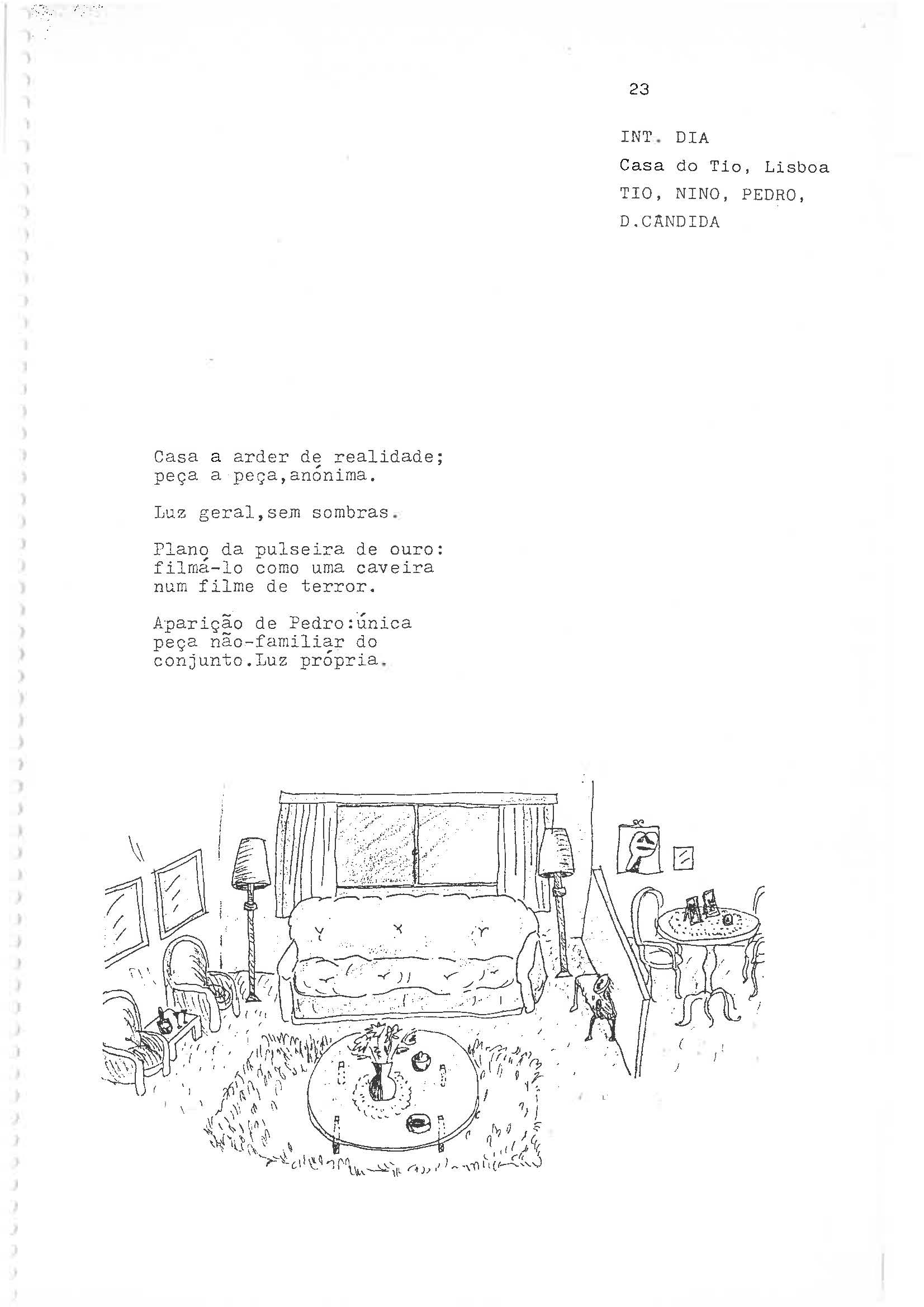 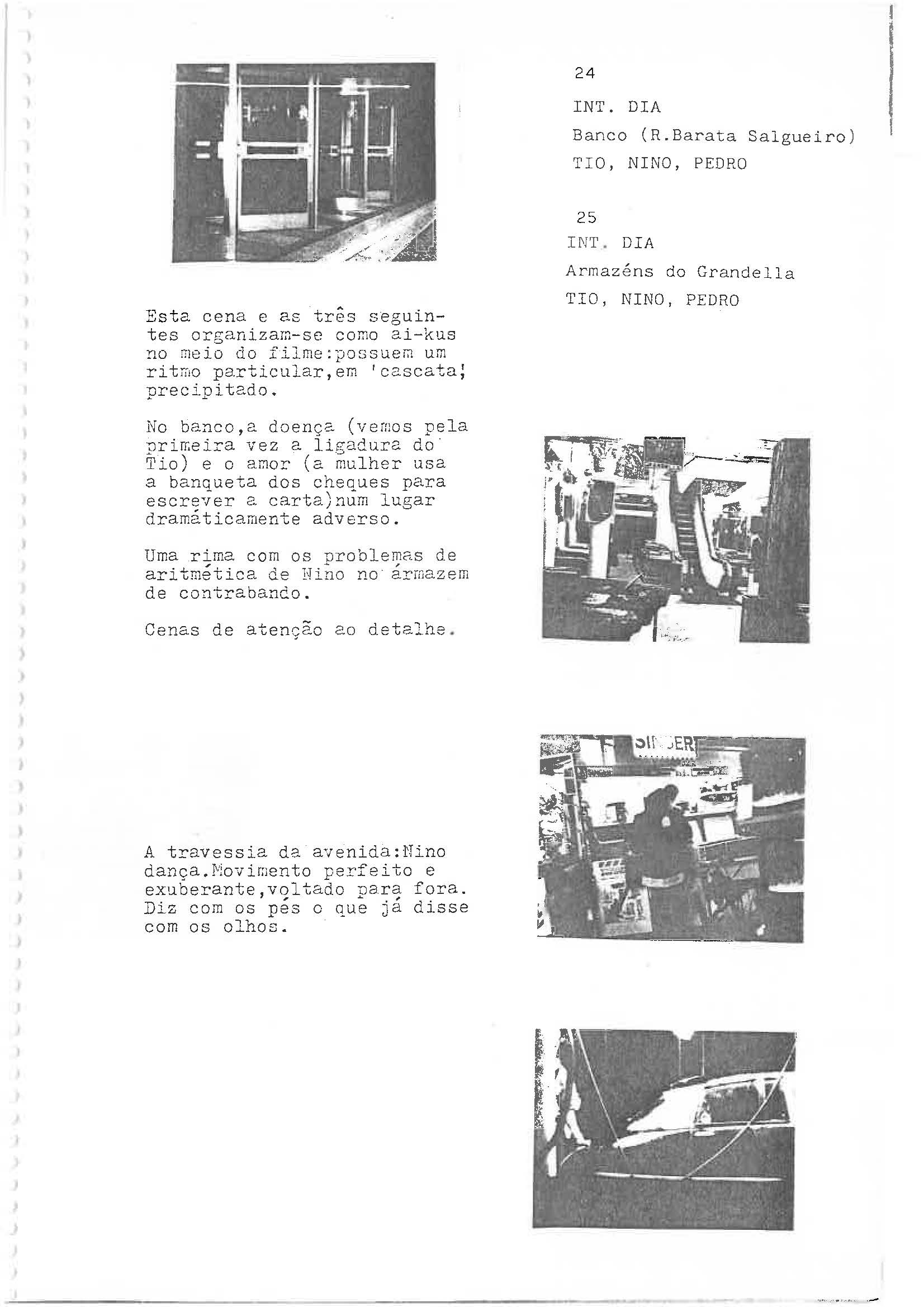 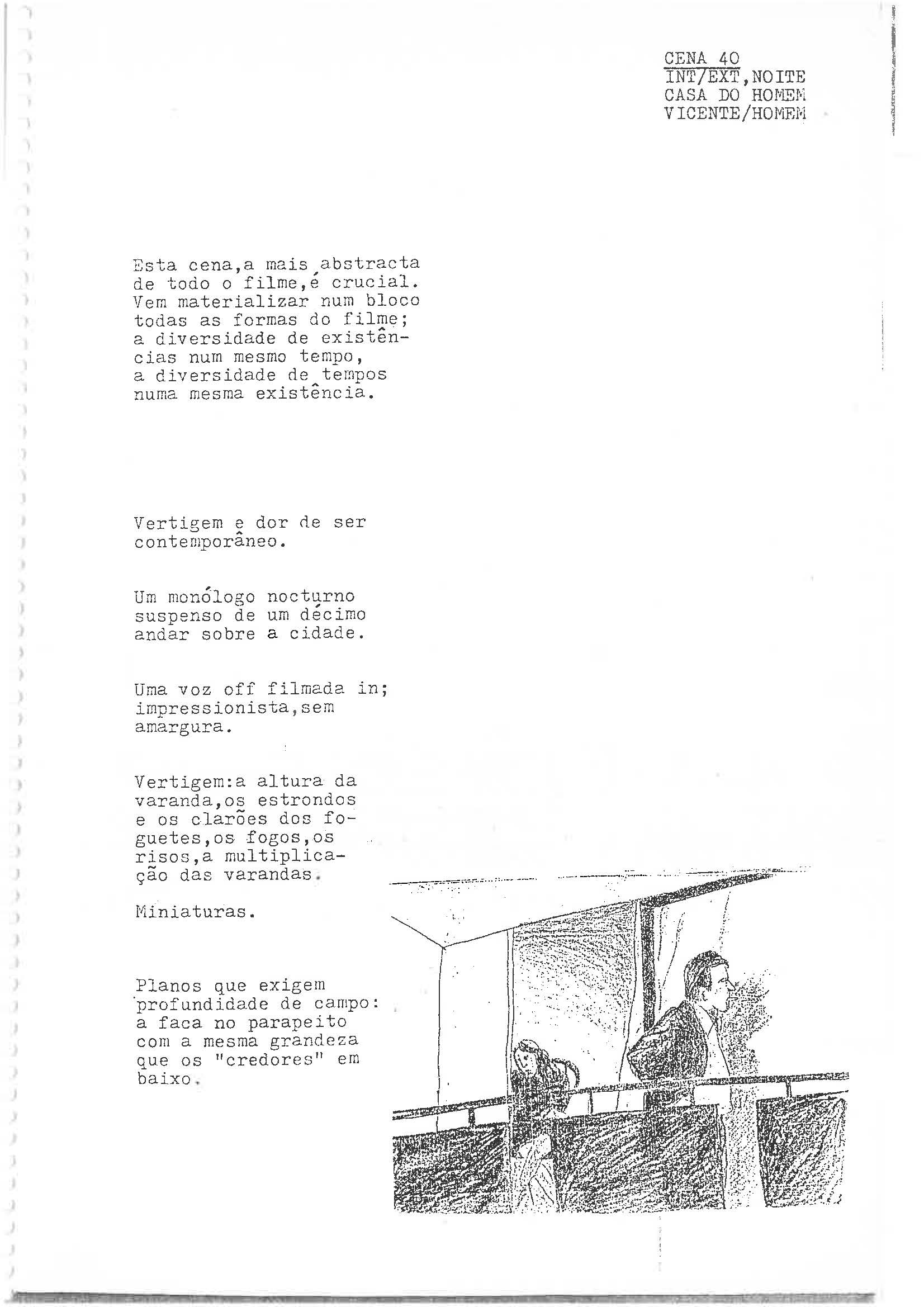 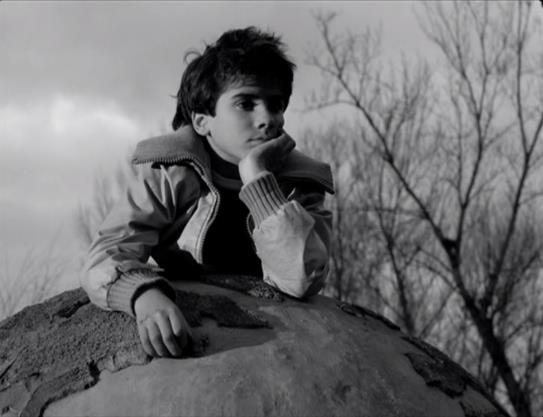 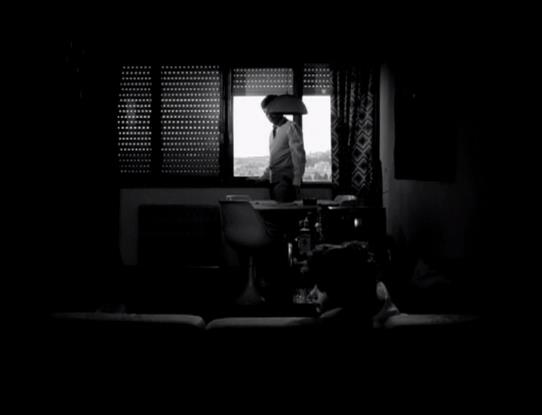 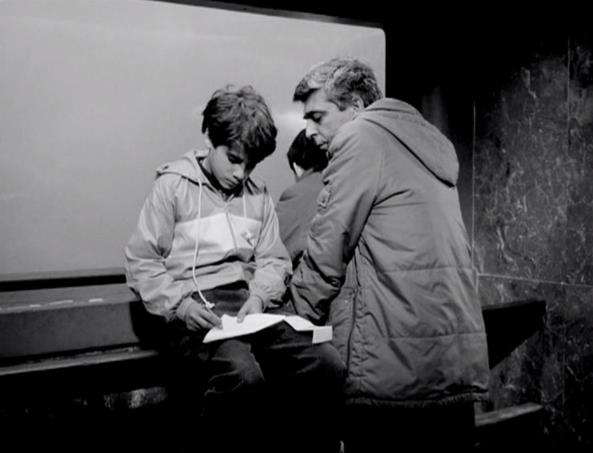 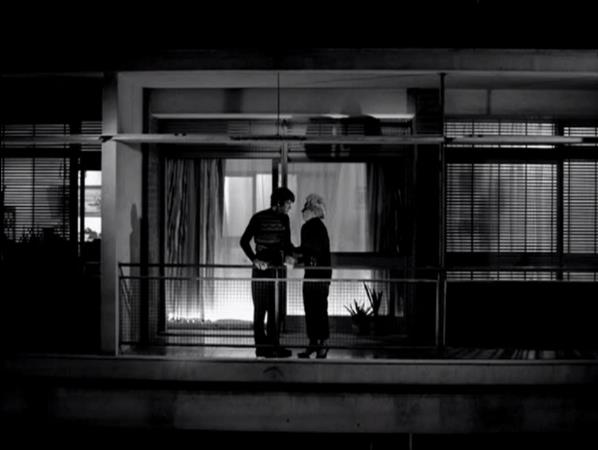