Kekec is one of the most beloved films and characters in the history of Slovene film. Three films have been made about Kekec: Kekec (1951), Srečno, Kekec (Good Luck, Kekec, 1963) and Kekčeve ukane (Kekec’s Tricks, 1968) all directed by Jože Gale and all presenting courageous shepperd Kekec in his adventures in saving people from violence of the (not one-dimensional) antagonists. The “trilogy” or franchise is not made as a consecutive story, but rather as three respective stories with their own plots (the antagonist Bedanec is featured in both first and third film, but the stories are not at all connected – for example, in the third part Kekec doesn’t know Bedanc from before). The popularity of the films is shared by the popularity of the songs from the first two films, sung by Kekec and depicting high spirits and love for nature and life.

It is a classical film in it’s narration and form, but quite unusual for post war cinema in the socialist Yugoslavia. There isn’t a trace of socialist realism, but rather a form of expresionism. The film at times looks as it were a silent film, mostly because of the expressive framing and acting, and partly because of then undeveloped cinematic landscape in Slovenia (though, people did watch films in cinemas before and after the 2nd World War).

Kekec was only the third sound feature made in Slovenia, at that time part of the Socialist Federative Republic of Yugoslavia. The first sound feature in Slovenia was made in 1948, only after the 2nd World War, so it is important to understand that at the time the film industry was not at all developed and that all of the film professionals, from directors to technicians, were only starting to learn the trade. Thus, every shooting was an adventure itself – an enthusiastic venture into little known, exciting and complex world of filmmaking. Though, in 1952 the film received the Golden Lion in the category of youth films at the thirteen International Film Festival in Venice.

The films about Kekec are based on stories by Slovene writer Josip Vandot (1884–1944) that the writer himself wrote based on themes from folk tales. Three stories were originally published as a series (each part in twelve episodes) in a monthly paper for youth, Zvonček (Snowdrop), in the years 1918, 1922 and 1924.

The director Jože Gale (1913–2004) is mostly known for his directing the Kekec franchise, but he did make several other films. As in Slovenia he was “branded” as a director of youth films, he directed two of his “more serious” films in other republics of Yugoslavia and two in Slovenia only in the 80ies of the last century. He was also a theater director and a professor for film directing at the Academy for Theater, Radio, Film and Television in Slovenia. 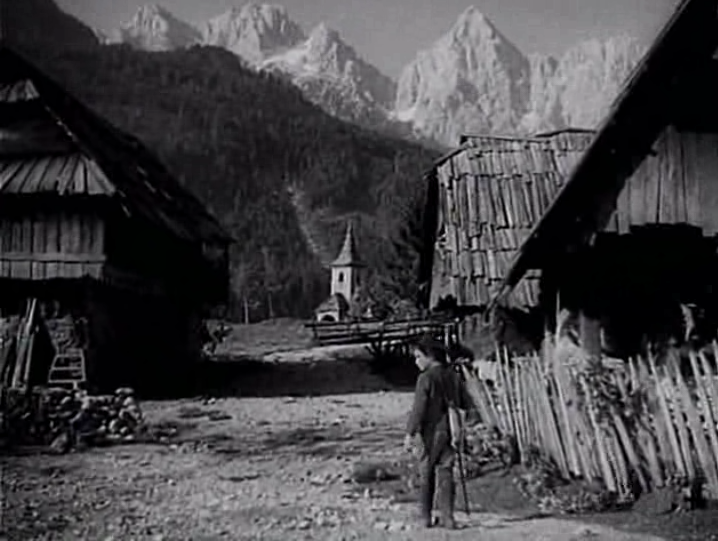 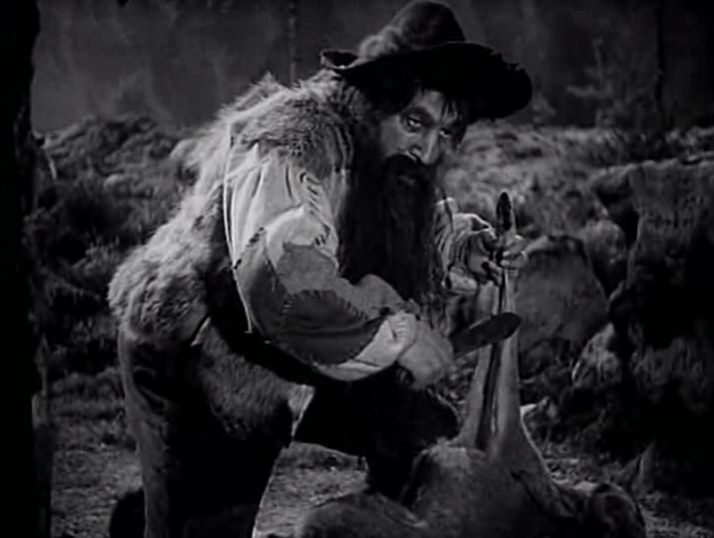 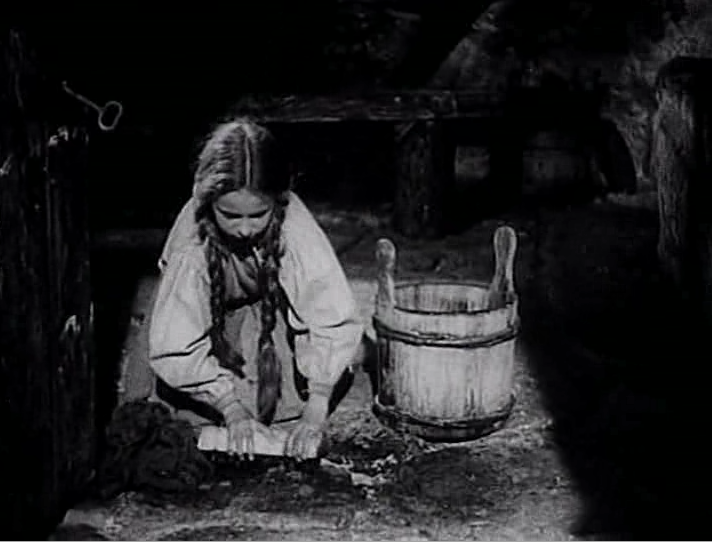 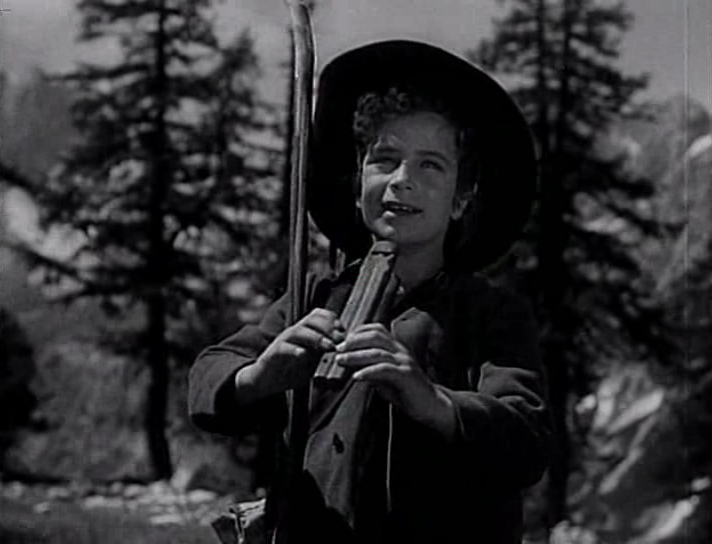 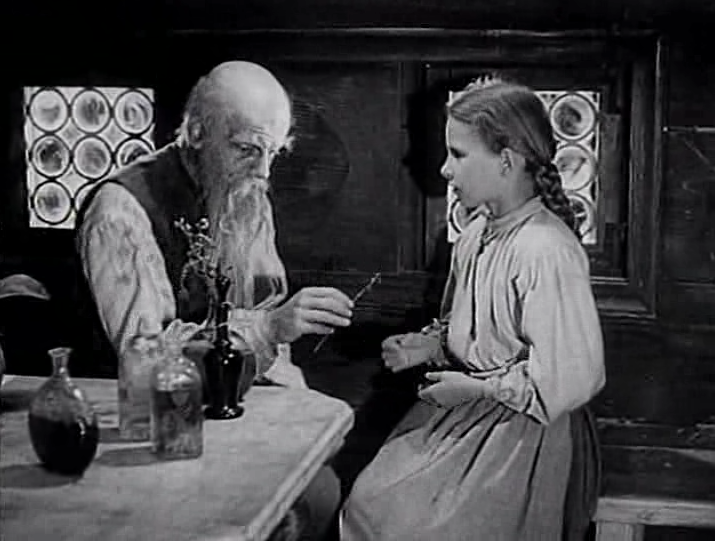 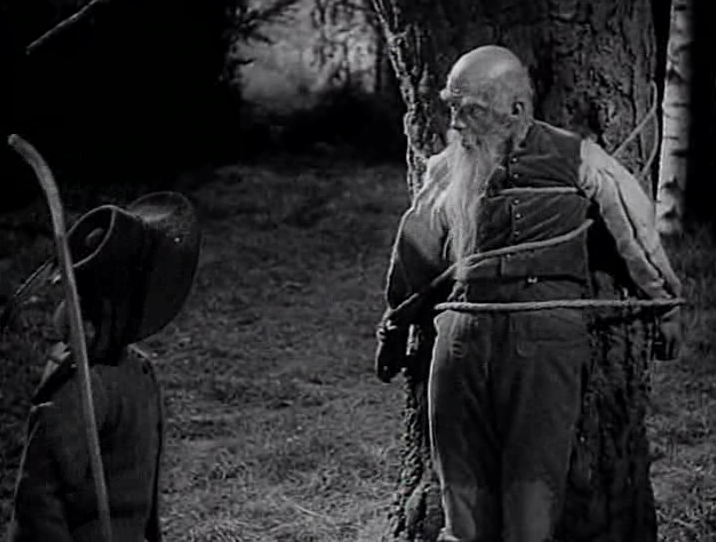 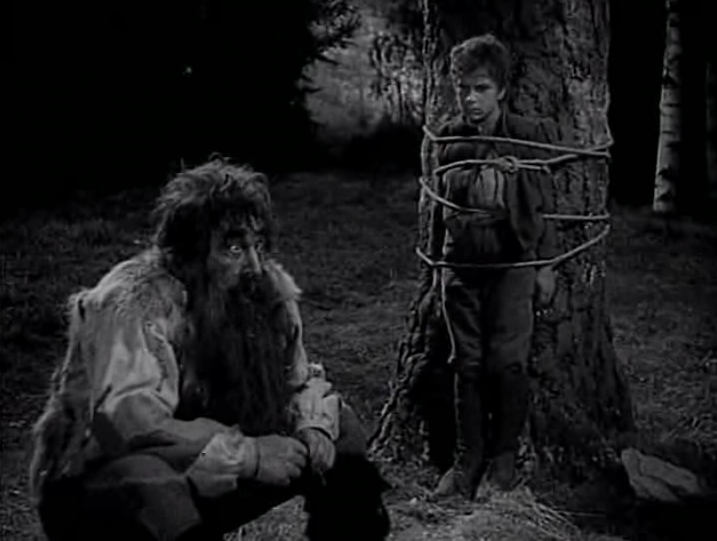 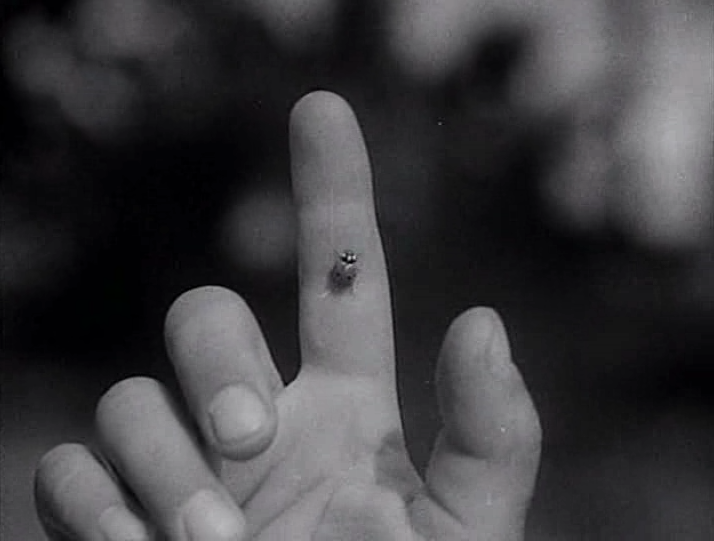 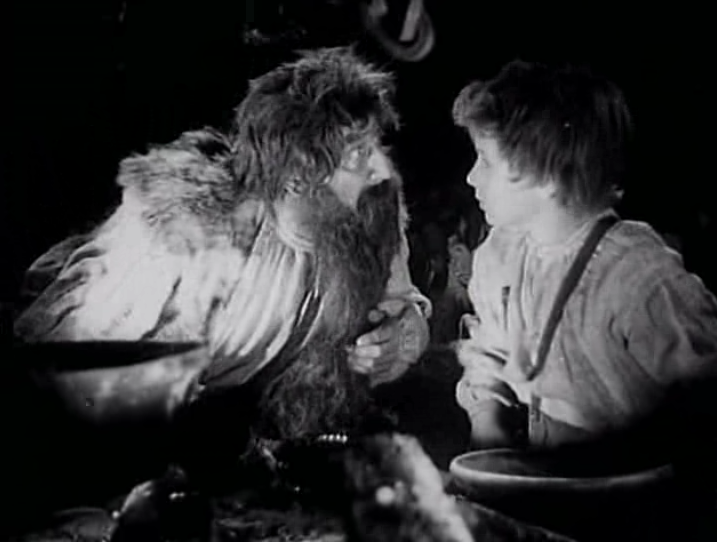 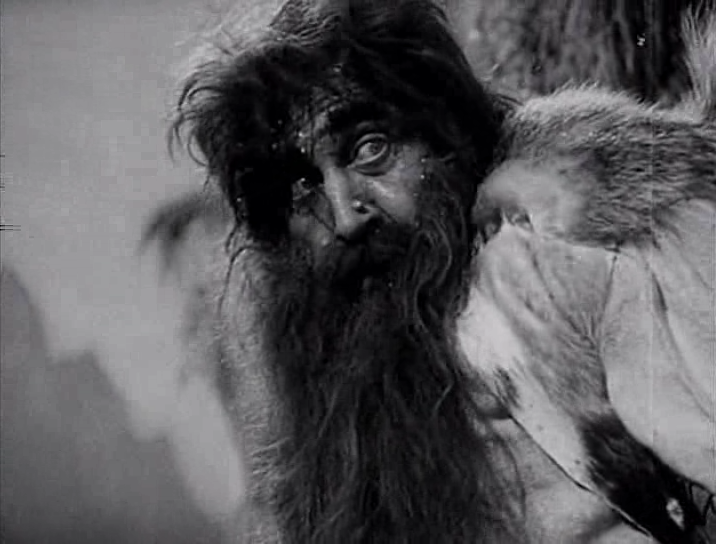 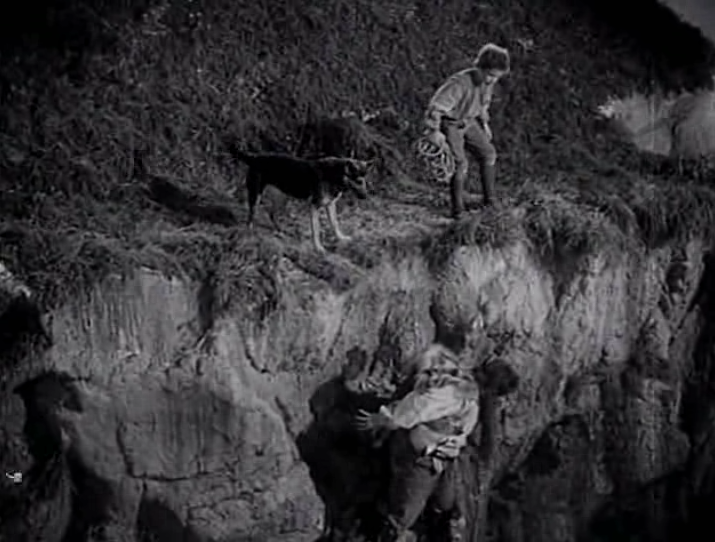 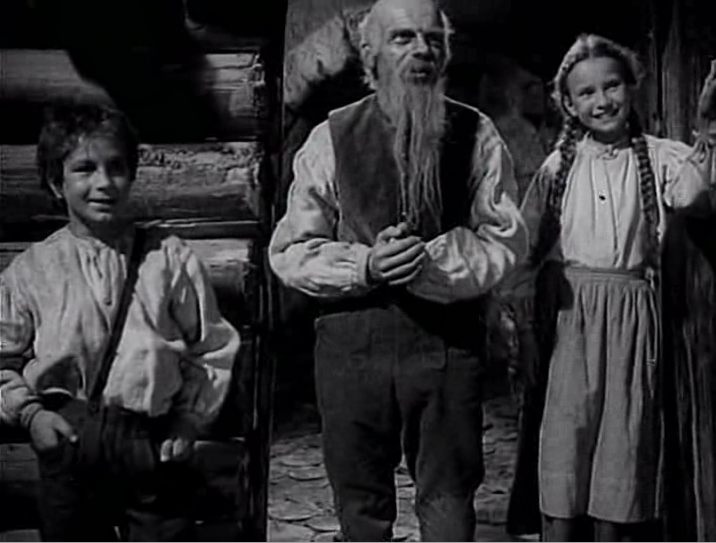 On two sides of a mountain gorge far above the village live two loners: a benevolent herbalist Kosobrin and a mean poacher Bedanec, with whom serves a young girl Mojca. The girl tells Kosobrin about her hard life with Bedanec and the old man gives her shelter in his hut. Kosobrin fears Bedanec’s revenge and Bedanec indeed catches him and ties him to a tree. A courageous and playful shepherd Kekec saves Kosobrin, but Bedanec catches also him. The boy refuses to help the mean poacher to get to Mojca. Kekec’s father is looking for him in the mountains and in sadness concludes that an eagle has pushed Kekec off a cliff. Kekec saves himself and Kosobrin, and Bedanec starts searching for a secret mountain tunnel that leads to Kosobrin’s hut and Mojca. Kekec places an owl into the tunnel, which scares Bedanec immensely so he runs in panic and slips to be left hanging over a gorge. Kekec helps him, but under the condition that Bedanec leaves. Bedanec puts his hut on fire and departs, Mojca stays with Kosobrin, and Kekec returns to the village where everybody is joyeus to greet him. 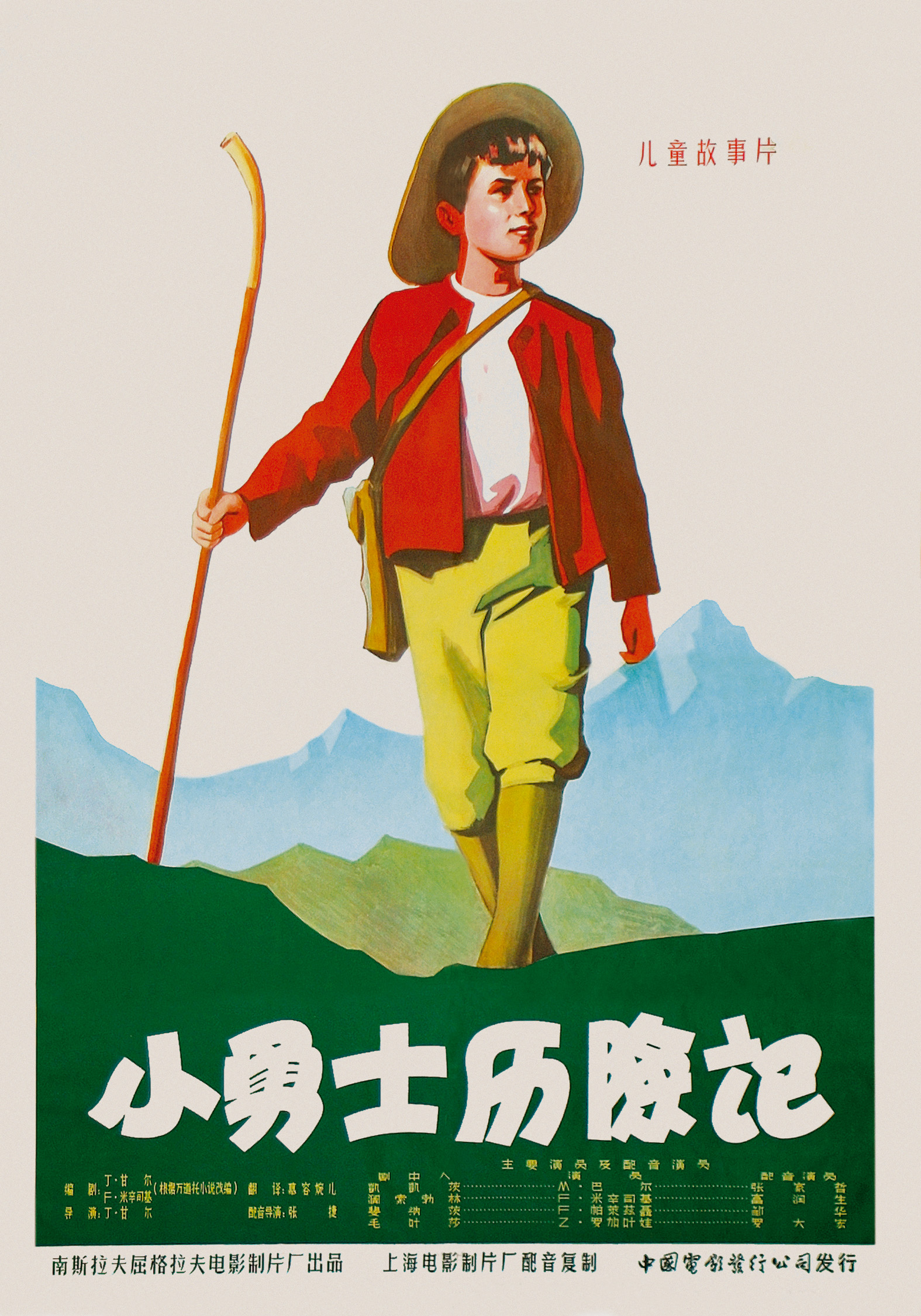 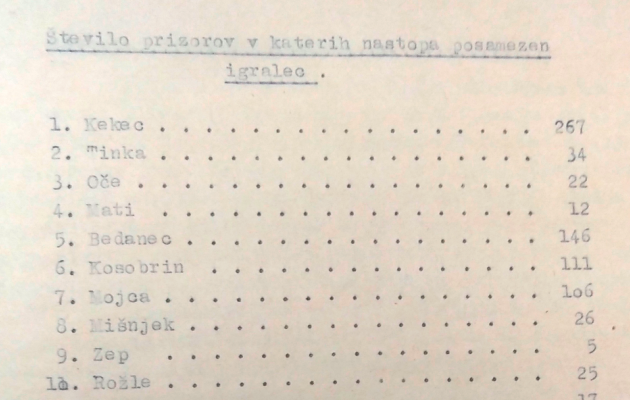 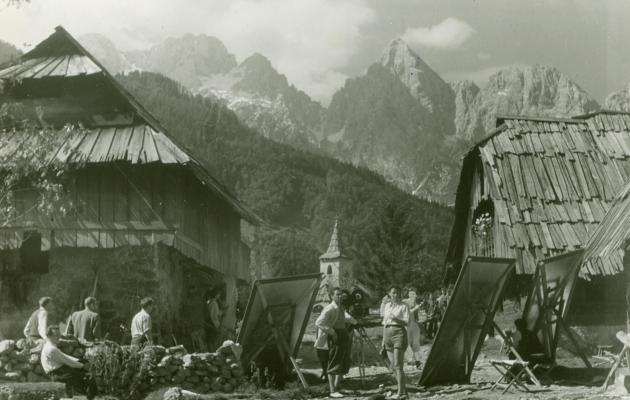 Exteriors in the Alps and set in a church 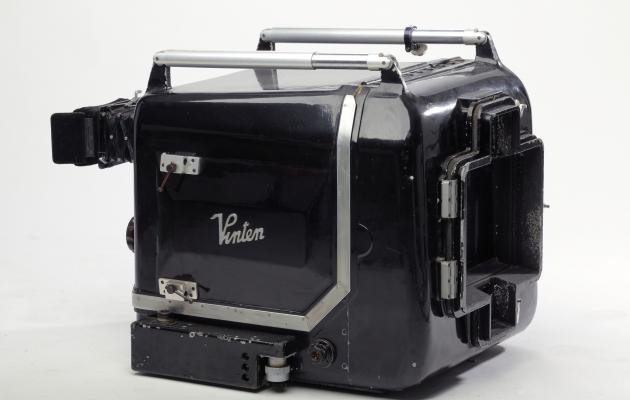